All Posts   »   Halloween and the Brach’s Royals Whatever industry group planted National Chocolate Day on October 28 did a great job. There’s no better positioning than a few days before Halloween. It’s the holiday dedicated to candy of all kinds—the holiday where, let’s be honest, chocolate bars are the best items you can get.

Admittedly, chocolate does not face overwhelming competition from Bit O’ Honey and dots on wax paper. The only true challenge comes from the likes of Sour Patch Kids and Starbursts. That is to say, products manufactured precisely to the strange metabolisms of grade schoolers.

But the majority of trick-or-treaters rummaging the evening’s take puts chocolate in the pile marked Immediate Consumption.

Yet we all have our personal exception. Let me throw out a childhood obsession now consigned to memory and hip vintage candy stores. 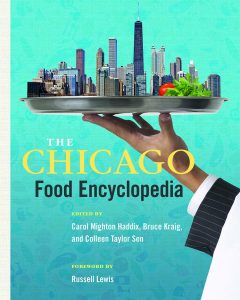 Manufactured by the historic Chicago confectioner, the Brach’s Royal mixed caramel with a second flavor. The bite-sized delivery system came across more than a little like a Tootsie Roll. A Royal, however, arrived in a brightly colored foil wrapper twisted closed on both ends. Pull the twists and delicious flavor dropped into your lap, or onto the floor, where the dog ate it.

The Brach’s Royals franchise offered a variety of flavors, even maple. Personally, I chose raspberry Royals over just about anything else in the Halloween pillow case. I would not say I preferred a raspberry Royal over, say, a mini-Milky Way. And by mini-Milky way I mean the rectangular chunk of M&M Mars goodness that used to come standard, not these little stamp-sized squares you get today.

Yet I looked forward to the Royals more than any other candy. Maybe it’s because I rarely saw them at other times of the year. I greedily grabbed every one while my many sisters vacuumed up everything else. That left me with an endgame of Smarties and Butterfinger-adjacent mediocrities like Krackel. But did it matter? I could find a Milky Way any time of year.