All Posts   »   The Atlantic salutes a celebrated book 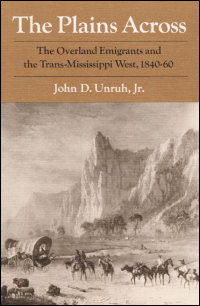 In its September 2011 review of the Oklahoma University Press title So Rugged and Mountainous, The Atlantic magazine recognizes one of our classics.

“This book stands on the shoulders of one of the great works of post-war American historical scholarship, The Plains Across:  The Overland Emigrants and the Trans-Mississippi West, 1840-60 (1979), by John D. Unruh Jr.”

The Plains Across was one of three finalists for the Pulitzer Prize in History and the winner of seven awards, including the John H. Dunning Prize of the American Historical Association, the Ray A. Billington Book Award of the Organization of American Historians, and the National Historical Society Book Prize.