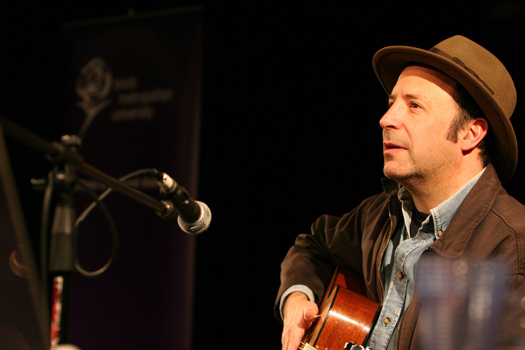 Will Kaufman kicks back in the Presidential Inn on the edge of the tiny town of West Branch, Iowa, after a long drive and ruminates on his location. “Woody would have laughed his head off,” muses the professor of American literature and culture at the University of Central Lancashire (UCLan). “It couldn’t be more ironic.”

“Woody” is Woody Guthrie — the American folk singer and champion of the working class who famously inspired Bob Dylan. Guthrie’s ballad, This Land Is Your Land, is almost the country’s second national anthem.

The irony is that West Branch would have been a place of loathing for Guthrie. For it contains the birthplace, grave and library of former US president Herbert Hoover, under whose watch the 1930s Great Depression — which made Guthrie so angry and which is the subject of many of his early songs — was ushered in.