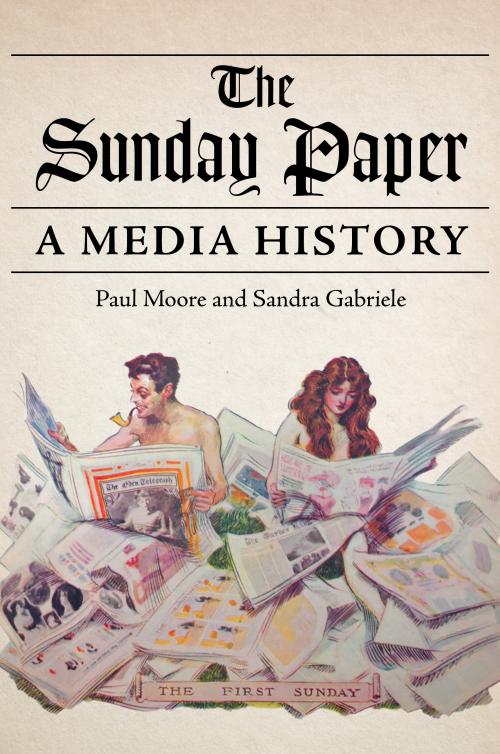 Pullout sections, poster supplements, contests, puzzles, and the funny pages--the Sunday newspaper once delivered a parade of information, entertainment, and spectacle for just a few pennies each weekend. Paul Moore and Sandra Gabriele return to an era of experimentation in early twentieth-century news publishing to chart how the Sunday paper became an essential part of American leisure. Transcending the constraints of newsprint while facing competition from other media, Sunday editions borrowed forms from and eventually partnered with magazines, film, and radio, inviting people to not only read but watch and listen. This drive for mass circulation transformed metropolitan news reading into a national pastime, a change that encouraged newspapers to bundle Sunday supplements into a panorama of popular culture that offered something for everyone.

Paul Moore is a professor of sociology at Toronto Metropolitan University. He is the author of Now Playing: Early Moviegoing and the Regulation of Fun, winner of the Gertrude J. Robinson Prize. Sandra Gabriele is an associate professor of communication studies at Concordia University and a coeditor of Intersections of Media and Communications: Concepts and Critical Frameworks.

"An engaging and pleasantly readable text, supported by examples, illustrations, and primary sources. . . . The innovation, nurturing, and maturity of the Sunday paper, and its rippling cultural effects, makes for interesting, informative reading for just about everyone." --New York Pennsylvania Collector

"While sharing much with the newspapers appearing on the other six days of the week, the Sunday paper was a media experience unto itself. These weekly print spectacles were physically heavy, stuffed with supplements, and offered a kaleidoscopic view of modern life. They were meant to be read but also written upon and cut up, and they offered visual and tactile pleasure for millions of people every week. Sunday newspapers were extraordinary media, and Paul Moore and Sandra Gabriele have written a book that does justice to their strange and wonderful form and content."--Michael Stamm, author of Dead Tree Media: Manufacturing the Newspaper in Twentieth-Century North America

"With this meticulously researched and smartly written book, Paul Moore and Sandra Gabriele have demonstrated the central role Sunday newspapers played in the creation of modern media culture. The Sunday Paper recovers a vibrant interactive multimedia form that historians of both popular culture and journalism have long ignored. This book deserves a place on the short shelf of indispensable media histories."--John C. Nerone, coauthor of The Form of News: A History