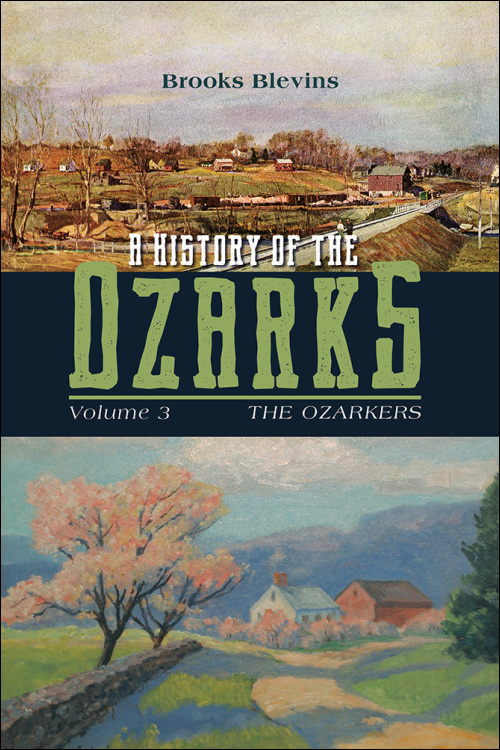 Between the world wars, America embraced an image of the Ozarks as a remote land of hills and hollers. The popular imagination stereotyped Ozarkers as ridge runners, hillbillies, and pioneers—a cast of colorful throwbacks hostile to change. But the real Ozarks reflected a more complex reality.

Brooks Blevins tells the cultural history of the Ozarks as a regional variation of an American story. As he shows, the experiences of the Ozarkers have not diverged from the currents of mainstream life as sharply or consistently as the mythmakers would have it. If much of the region seemed to trail behind by a generation, the time lag was rooted more in poverty and geographic barriers than a conscious rejection of the modern world and its progressive spirit. In fact, the minority who clung to the old days seemed exotic largely because their anachronistic ways clashed against the backdrop of the evolving region around them. Blevins explores how these people’s disproportionate influence affected the creation of the idea of the Ozarks, and reveals the truer idea woven out of legend and history.

The conclusion to the acclaimed trilogy, The History of the Ozarks, Volume 3: The Ozarkers offers an authoritative appraisal of the modern Ozarks and its people.

* This project is supported in part by a grant from the Arkansas Humanities Council and the National Endowment for the Humanities.

Praise for past volumes:"Brooks Blevins is an expert in weaving many diverse strands into a seamless tapestry."--Arkansas Democrat-Gazette

"A History of the Ozarks will undoubtedly become the standard history of that upland region for years to come."--Northwest Arkansas Democrat Gazette

"A History of the Ozarks gives these mountains and their many folk the story they deserve, energetically told." --Arkansas Historical Quarterly