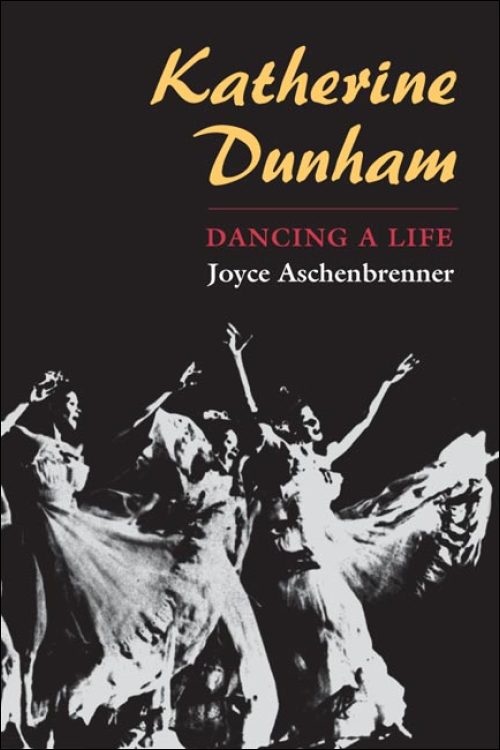 Throughout the better part of the twentieth century, and in performance halls, classrooms, and communities throughout the world, the wellspring of Katherine Dunham's remarkable career can be traced to the intersection of dance, culture, and society. More than a recounting of Dunham's accomplishments as a dancer and choreographer, this biography is the first to thoroughly examine her pioneering contributions to dance anthropology and her commitment to humanizing society through the arts.

Founder of the first self-supporting African American dance company, Dunham relied on her fieldwork as an anthropologist to fundamentally change modern dance. She shaped new dance techniques and introduced other cultures to U.S. and European audiences by fusing Caribbean and African-based movement with ballet and modern dance. Her revolutionary approaches to dance and its greater connection to the world have influenced a generation of dancers, theatrical performers, and scholars. She believes that dance involves the development of an entire person and the rituals and traditions of dance are integral to the study of culture. Throughout her career she has been a living model of the socially responsible artist working to whet cultural appetites and combat social injustice.

Joyce Aschenbrenner's multifaceted portrait blends personal observations based on her own interactions with Dunham, archival documents, and interviews with Dunham's colleagues, students, and members of the Katherine Dunham Dance Company. '

Integrating these sources, Aschenbrenner characterizes the social, familial, and cultural environment of Dunham's upbringing and the intellectual and artistic community she embraced at the University of Chicago that laid the groundwork for her development as a dancer, anthropologist, and humanitarian. The book vividly depicts Dunham's and her dancers' touring experiences and includes detailed descriptions of her community cultural and educational programs in East St. Louis.

Joyce Aschenbrenner is a professor emerita of anthropology at Southern Illinois University at Edwardsville. She is the author of Katherine Dunham: Reflections on the Social and Political Contexts of Afro-American Dance and Lifelines: Black Families in Chicago. She is a former curator and education coordinator of the Katherine Dunham Museum.

"Katherine Dunham: Dancing a Life is extremely important because there is no other book available that adequately addresses this artist/anthropologist's vast contributions to American culture. Although Dunham's impact on American dance is as great as Martha Graham's, most historians and critics have not given her work the attention it so richly deserves. Joyce Aschenbrenner's deeply researched book is a treasure trove of new information and a labor of love and commitment."--Jacqui Malone, author of Steppin' on the Blues

"This anthropological biography is a unique labor of love celebrating the roles and contributions of Katherine Dunham. For almost thirty years, Joyce Aschenbrenner, herself an established anthropologist, has been personally and professionally involved with Ms. Dunham and Dunham Company programs. Thus, the usual participant-observation fieldwork methodologies and directed and nondirected interviews employed by anthropologists have been enriched by Aschenbrenner's long-term, multifaceted experiences. This long-awaited biography contributes greatly to understandings of this powerful African American woman, her pioneer work in dance anthropology, and her continuing efforts to use the arts to challenge social injustice whenever possible."--Charlotte J. Frisbie, professor emerita of anthropology at Southern Illinois University at Edwardsville