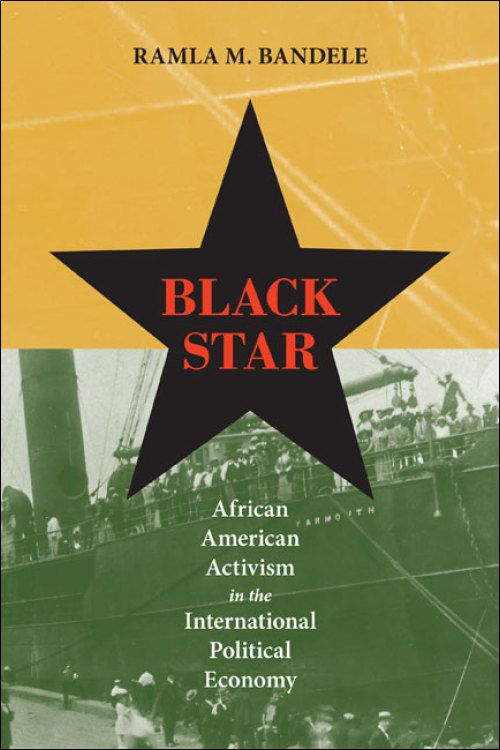 This book describes how the first African American mass political organization was able to gain support from throughout the African diaspora to finance the Black Star Line, a black merchant marine that would form the basis of an enclave economy after World War I. Understanding the African diaspora to have three political factors--the homeland, the host countries, and the émigrés who settle in those host countries--this study examines how external factors influence political activity within this triadic network.

Constructing a conceptual model for this study, Ramla M. Bandele explores the concept of diaspora itself and how it has been applied to the study of émigré and other ethnic networks. In characterizing the historical and political context of the Black Star Line, she analyzes the international political economy during 1919-25 and considers the black politics of the era, focusing particularly on Marcus Garvey's Universal Negro Improvement Association for its creation of the Black Star Line. She offers an in-depth case study of the Black Star Line as an instance of the African diaspora attempting to link communities and carry out a transnational political and economic project. Arguing that ethnic networks can be legitimate actors in international politics and economics, Bandele also suggests, however, that activists in any given diaspora do not always function as a unit.

Ramla M. Bandele is an associate professor of political science at Indiana University-Purdue University at Indianapolis.

"A fine addition to the field of diaspora studies and a necessary read for those interested in developing their knowledge of Garvey and the UNIA."--The Historian

"An important contribution to our knowledge of diasporas, resistance, and the fascinating confluence of events that resulted in Marcus Garvey's appearance on the stage of history."--Journal of American Ethnic History

"A welcome addition to the growing field of African diaspora studies. Bandele's conclusions are multi-textured and well argued, and she breaks new ground by establishing a framework for analyzing, defining, and testing this often illusive concept."--Irma Watkins-Owens, author of Blood Relations: Caribbean Immigrants and the Harlem Community, 1900-1930