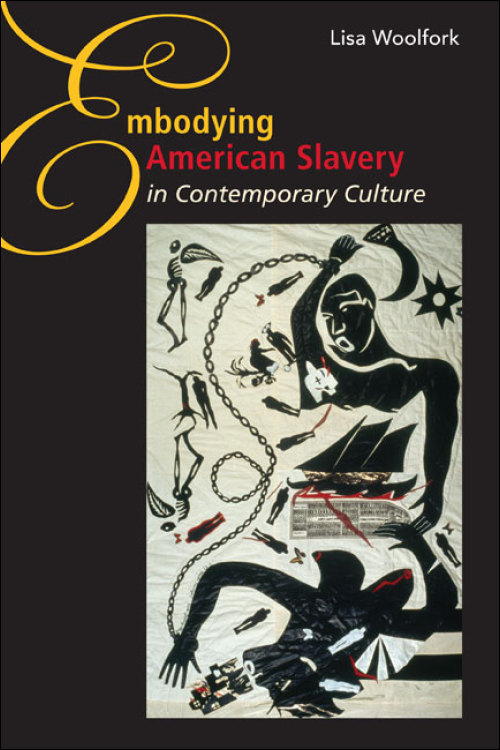 This study explores contemporary novels, films, performances, and reenactments that depict American slavery and its traumatic effects by invoking a time-travel paradigm to produce a representational strategy of "bodily epistemology." Disrupting the prevailing view of traumatic knowledge that claims that traumatic events are irretrievable and accessible only through oblique reference, these novels and films circumvent the notion of indirect reference by depicting a replaying of the past, forcing present-day protagonists to witness and participate in traumatic histories that for them are neither dead nor past. Further, live performances and reenactments of slavery also rely on the time-travel motif (and the requisite suspension of disbelief) as a strategy to confront contemporary audiences with such spectacles as slave ship captivity, slave auctions, or a slave's decision to escape to freedom.

As Lisa Woolfork cogently reveals, these cultural expressions indicate a concern that the traumatic meanings and consequences of American slavery have been lost to those living in the twentieth and twenty-first centuries. Woolfork analyzes how these works deploy a representational strategy that challenges the divide between past and present, imparting to their re-creations of American slavery a physical and emotional energy to counter America's apathetic or amnesiac attitude about the trauma of the slave past.

Lisa Woolfork is an associate professor of English at the University of Virginia.

“Woolfork’s book builds on recent work in African American studies and psychoanalytic theory by Cathy Caruth, Claudia Tate, Hortense Spillers, and Saidiya Hartman, challenging and confronting the divides between past and present, freedom and slavery, as they are reenacted bodily and textually in contemporary US culture. Recommended”--Choice

"With great clarity, Lisa Woolfork engages the most sophisticated theoretical ideas about trauma and slavery. This intricate, comprehensive, and inclusive work joins a burgeoning field of studies that directly analyze slavery in contemporary neo-slave narrative."--Helena Woodard, associate professor of English, University of Texas

"A welcome addition to the African diaspora conversations about slavery, its trauma, and the complications of its remembrance. Woolfork's focus on the bodily epistemology of the slave past as a part of a transnational, multi-racial, multi-generational critique is well conceived and provocative."--Sheila Smith McKoy, author of When Whites Riot: Writing Race and Violence in American and South African Violence