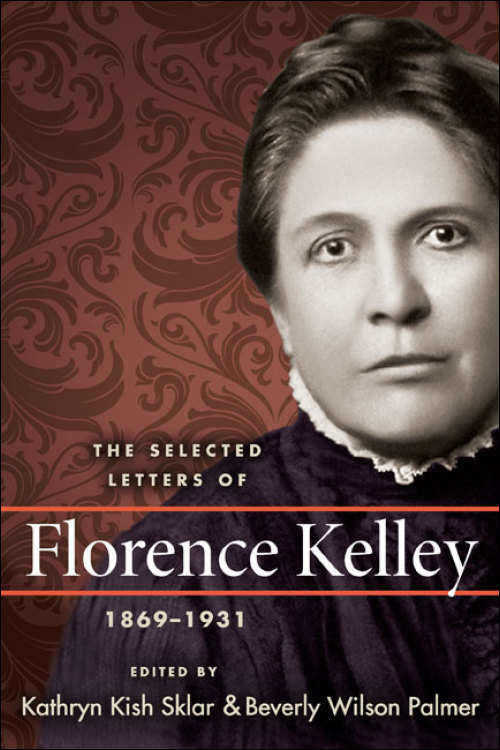 As head of the National Consumers' League from its founding in 1899 until her death in 1932, Florence Kelley led campaigns that reshaped the conditions under which goods were produced in the United States. Her efforts produced the Pure Food and Drug Act of 1906, as well as laws providing for an eight-hour workday and a minimum wage. She mobilized women's organizations to support the passage of the first federal health legislation for women and children in 1921, and she headed the crusade against child labor between 1890 and 1930. An ally of W.E.B. Du Bois, she was a founding member of the National Association for the Advancement of Colored People and served on its board for twenty years.

This volume collects nearly three hundred of Florence Kelley's letters, written over the course of more than six decades and embracing such topics as improved working conditions for women and children, intense engagement in electoral politics, struggles against manufacturing interests, and the machinations of a conservative Supreme Court. Rendered in Kelley's vivid, often combative prose, these letters also provide an intimate view into the personal life of a dedicated reformer who balanced her career with her responsibilities as a single mother of three children.

Kathryn Kish Sklar is a distinguished professor of history at SUNY, Binghamton and coeditor of the online journal and database Women and Social Movements in the United States, 1600-2000. She is the author of Florence Kelley and the Nation's Work: The Rise of Women's Political Culture, 1830-1900 and other books in the history of American women. Beverly Wilson Palmer is a research associate at Pomona College and the editor of The Selected Letters of Lucretia Coffin Mott and other books.

"This comprehensive edition ... offers readers a true understanding of Kelly's thought and activism. . . . A valuable addition to the historical canon. Recommended."--Choice

"An important book for general readers and scholars alike. Sklar and Palmer provide an excellent account of the unifying themes of Florence Kelley's lifelong commitments to social legislation in general and women and children in particular."--Ellen Carol DuBois, coeditor of Elizabeth Cady Stanton, Feminist as Thinker: A Reader in Documents and Essays

"Since this is the first and only publication of Florence Kelley's correspondence, it marks a singular contribution to scholarship that is invaluable and long-awaited. This collection of Kelley's vivid correspondence, with its insightful introduction and excellent notes, has been well worth the wait."--Charlene Haddock Seigfried, editor of Jane Addams' Democracy and Social Ethics and The Long Road of Women's Memory