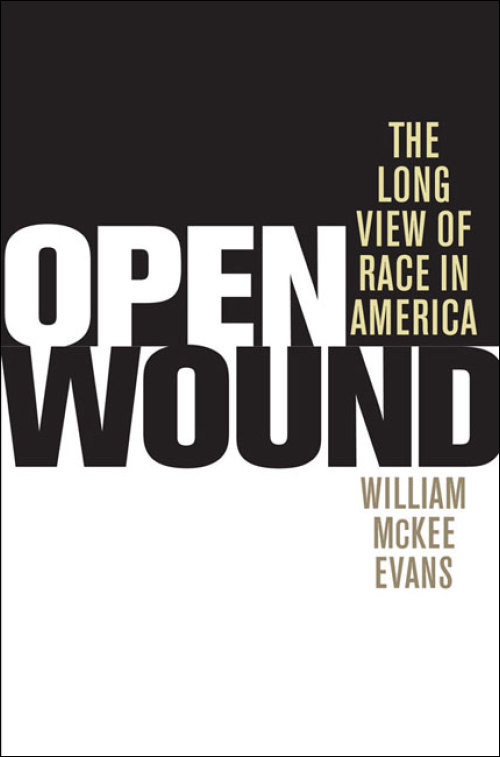 In this boldly interpretive narrative, William McKee Evans tells the story of America's paradox of democracy entangled with a centuries-old system of racial oppression.

Before English colonization, Spanish and Portuguese conquerors enslaved American natives to produce for a European market becoming addicted to sugar, rum, and tobacco. But soon they saw their slaves sicken and die in apocalyptic numbers. They began to import Africans, who survived the killer plantation diseases long enough to allow stable production, and a new kind of slavery was born, both market driven and defined as black. A century later, English planters adopted this slavery. They passed on to future generations a racial system of interacting practices and ideas. Its ideas first justified black slavery, then, after the Civil War, other forms of coerced black labor, and, today, black poverty and unemployment.

At three historical moments, a crisis in the larger society opened political space for idealists to challenge the racial system: during the American Revolution, then during the "irrepressible conflict" ending in the Civil War, and, finally, during the Cold War and the colonial liberation movements. Each challenge resulted in a historic advance. But none swept clean. The emancipations of the era of the Revolution left the nation part free, part slave. The Civil War emancipated the slaves but left them half free. In the 1950s and '60s, a convergence of the colonial liberation movements and the Cold War created a crisis that opened space for the Black Freedom Movement to liberate many African Americans from a segregated bottom stratum of American society. Class became more important than color. But never had class, being poor, been a more formidable obstacle for any individual, black or white, to getting ahead. Many African Americans remain segregated in jobless ghettoes with dilapidated schools and dismal prospects in an increasingly polarized class society.

Evans sees a new crisis looming in a convergence of environmental disaster, endless wars, and economic collapse, which may again open space for a challenge to the racial system. African Americans, with their memory of their centuries-old struggle against oppressors, appear uniquely placed to play a central role.

* The publication of this book was made possible, in part, by a grant from the Center for Community Action in Lumberton, N.C.”

William McKee Evans is professor emeritus of history at California State Polytechnic University, Pomona. His books include Ballots and Fence Rails: Reconstruction on the Lower Cape Fear and To Die Game: The Story of the Lowry Band, Indian Guerrillas of Reconstruction.

"A penetrating look at the complicated history of race in America."--Booklist

"Well-written, thoroughly researched, and well-documented work. . . . It is an excellent text for use in any history class covering the span of events in American history as well as in any African-American history course."--Multicultural Review

"It is good to have a volume that grasps the big picture and connects the beginning with the end in a long chain of causation."--The Journal of American History

"A broad and sweeping account of race in the United States."--North Carolina Historical Review

"William McKee Evans is that rare scholar who writes clearly and well, displays an impressive grasp of the smaller facts of history, and yet can rise above the fray of footnotes to make sweeping and extraordinarily telling historical observations. This book represents the capstone of a remarkable career, and it is his most expansive and well considered work."--Timothy B. Tyson, author of Blood Done Sign My Name: A True Story

"In analyzing key developments and moments of crisis over nearly four hundred years, William McKee Evans brings to bear an extraordinary command not only of the established historical literature on North America, but an impressive grasp of historiography from the wider Atlantic world. The result is a surefooted, authoritative study that radically reframes an old story, drawing fresh and compelling insights from some of the most studied events in the American past."--Brian Kelly, author of Race, Class, and Power in the Alabama Coalfields, 1908-21