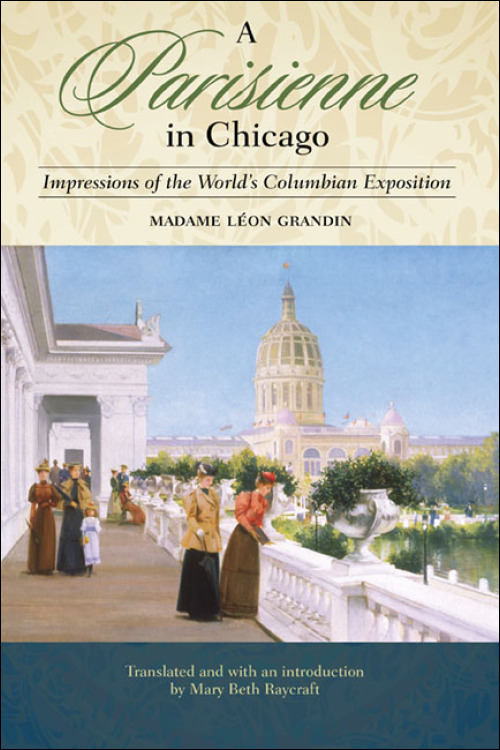 This fascinating account of a French woman's impressions of America in the late nineteenth century reveals an unusual cross-cultural journey through fin de siècle Paris, Chicago, and New York. Madame Léon Grandin's travels and extended stay in Chicago in 1893 were the result of her husband's collaboration on the fountain sculpture for the World's Columbian Exposition. Initially impressed with the city's fast pace and architectural grandeur, Grandin's attentions were soon drawn to its social and cultural customs, reflected as observations in her writing.

During a ten-month interval as a resident, she was intrigued by the interactions between men and women, mothers and their children, teachers and students, and other human relationships, especially noting the comparative social freedoms of American women. After this interval of acclimatization, the young Parisian socialite had begun to view her own culture and its less liberated mores with considerable doubt. "I had tasted the fruit of independence, of intelligent activity, and was revolted at the idea of assuming once again the passive and inferior role that awaited me!" she wrote.

Grandin's curiosity and interior access to Chicago's social and domestic spaces produced an unusual travel narrative that goes beyond the usual tourist reactions and provides a valuable resource for readers interested in late nineteenth-century America, Chicago, and social commentary. Significantly, her feminine views on American life are in marked contrast to parallel reflections on the culture by male visitors from abroad. It is precisely the dual narrative of this text--the simultaneous recounting of a foreigner's impressions, and the consequent questioning of her own cultural certainties--that make her book unique. This translation includes an introductory essay by Arnold Lewis that situates Grandin's account in the larger context of European visitors to Chicago in the 1890s.

Madame Léon Grandin was a Parisian writer and the wife of a prominent sculptor commissioned to work on the World's Columbian Exhibition fountain. Mary Beth Raycraft is a senior lecturer in French in the Department of French and Italian at Vanderbilt University.

"An excellent foreign traveler's account of Chicago, the 1893 World's Columbian Exposition, New York City, and travel by ocean liner and train. The book provides wonderful commentary on gender relations and the contrast between Americans and the French."--Perry Duis, author of Challenging Chicago: Coping with Everyday Life, 1837-1920

Visit the book website, featuring an author Q & A, links to blog posts, and a list of upcoming events.