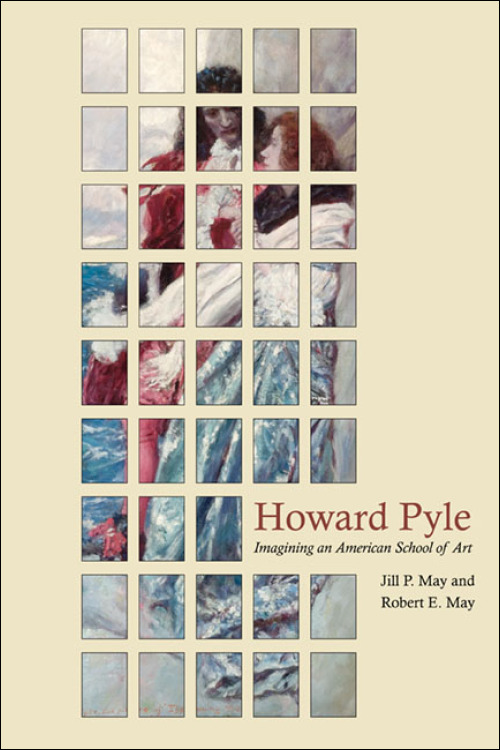 Best remembered as an influential illustrator and teacher, Howard Pyle (1853–1911) produced magnificent artwork and engrossing books and magazine stories about King Arthur, Robin Hood, swashbuckling pirates, and the American Revolution. He also completed public murals and trained many famous artists and illustrators at the turn of the twentieth century, including N. C. Wyeth and Jessie Willcox Smith. This engaging portrait of the influential American artist, teacher, author, and muralist is the first fully documented treatment of Pyle's life and career.

Drawing on numerous archival sources including Pyle's own letters to provide new perspectives on his life, Jill P. May and Robert E. May reveal Pyle to be a passionate believer that art should be understood and appreciated by the general public. His genteel values and artistic tastes shaped not only his own creative output but his influential work as a teacher, first at the Drexel Institute of Art, Science and Industry in Philadelphia and later at his own school in Delaware's Brandywine River Valley. May and May also show him to be far more supportive of women artists than is generally believed, explaining how he deployed club memberships and relationships with publishers and politicians to advance the prospects of his students. Duly measuring his influence on later artists, May and May detail his quest to lead a distinctively American school of art freed from European models.

Amply illustrated with evocative photographs and color reproductions of his own and his students' work, this exceptional volume presents Howard Pyle's creative career and legacy for American popular culture as it has never been seen before.

"An important contribution to the scholarship on American art in the late nineteenth century. This highly readable book is likely to be the definitive biography on Howard Pyle for some time to come."--Pennsylvania Magazine of History & Biography

"The Mays' excellent biography examines Howard Pyle's life and work with great thoroughness and sympathy, building meaningfully on contemporary Pyle scholarship, including Jill May's own previous explorations. The depth and breadth of original source material and the elegant weave of their lively narrative particularly distinguish their work."--Children's Literature Association Quarterly

"Meticulously researched and clearly written, this book gives us a well-rounded understanding of Howard Pyle's personality and character. Pyle was renowned in his time and remains a significant figure in the history of illustrational art and popular literature."--Charles Alexander, author of Here the Country Lies: Nationalism and Arts in Twentieth-Century America

"In his lifetime, Howard Pyle had an enormous audience, but few have heard of him today. The amazingly thorough research in this biography will help introduce the artist to a new generation of scholars and enthusiasts." --Heather Campbell Coyle, curator of American at the Delaware Art Museum