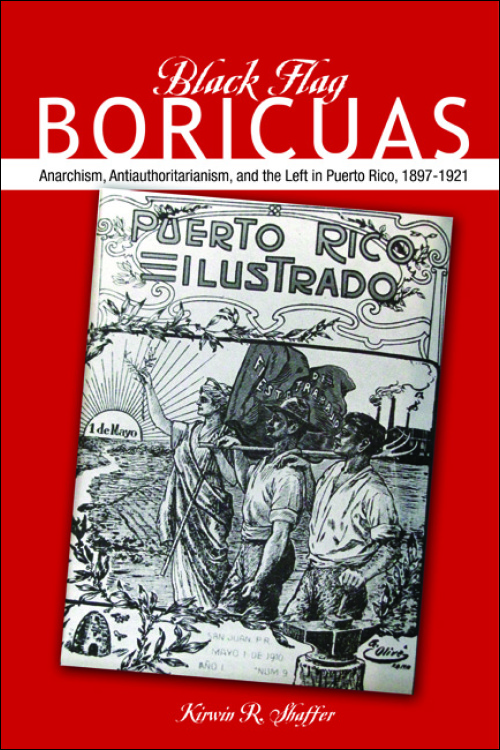 This pathbreaking study examines the radical Left in Puerto Rico from the final years of Spanish colonial rule into the 1920s. Positioning Puerto Rico within the context of a regional anarchist network that stretched from Puerto Rico and Cuba to Tampa, Florida, and New York City, Kirwin R. Shaffer illustrates how anarchists linked their struggle to the broader international anarchist struggles against religion, governments, and industrial capitalism. Their groups, plays, fiction, speeches, and press accounts--as well as the newspapers that they published--were central in helping to develop an anarchist vision for Puerto Ricans at a time when the island was a political no-man's-land, neither an official U.S. colony or state nor an independent country.

Exploring the rise of artisan and worker-based centers to develop class consciousness, Shaffer follows the island's anarchists as they cautiously joined the AFL-linked Federación Libre de Trabajadores, the largest labor organization in Puerto Rico. Critiquing the union from within, anarchists worked with reformers while continuing to pursue a more radical agenda achieved by direct action rather than parliamentary politics. Shaffer also traces anarchists' alliances with freethinkers seeking to reform education, progressive factions engaged in attacking the Church and organized religion, and the emerging Socialist movement on the island in the 1910s.

The most successful anarchist organization to emerge in Puerto Rico--the Bayamón Bloc--founded El Comunista, the longest-running, most financially successful anarchist newspaper in the island's history. Stridently attacking U.S. militarism and interventionism in the Caribbean Basin, the newspaper found growing distribution throughout and financial backing from Spanish-speaking anarchist groups in the United States. Shaffer demonstrates how the U.S. government targeted the Bayamón anarchists during the Red Scare and forced the closure of their newspaper in 1921, effectively unraveling the anarchist movement on the island.

“This is a splendid book, elegantly edited, which positions Kirwin Shaffer as an essential reference in the history of the Spanish-speaking anarchist movement of the Caribbean.”--International Review of Social History

"Shaffer's elegant narrative eloquently brings to life a rigorous archival research not only from Puerto Rico but also from international archives in the Netherlands, Cuba, and the United States."--Caribbean Studies

"An important contribution to the historiography of labor, radicalism, and political culture in Puerto Rico, with important implications for our understanding of the broader history of radicalism in the Spanish-speaking Caribbean and within Cuban and Puerto Rican diasporas. . . . This was a clearly written and engaging book that could be assigned as course reading or suggested to advanced undergraduates and graduate students interested in radicalism in the early twentieth-century Caribbean and its diaspora."--Journal of American Ethnic History

"An outstanding product of years of research in archives from Amsterdam to San Juan, and from Havana to New York. Black Flag offers a groundbreaking study of the brief but significant heyday of anarchism in Puerto Rico. . . . No other work in the English language to date brings back the legacy of the Puerto Rican anarchist experience as does Black Flag Boricuas.--Against the Current

"Black Flag Boricuas sheds a great deal of light on the anarchist movement in Puerto Rico, a little-studied topic with implications in important debates on religion, education, colonialism, nationalism, and labor. This overall picture of an intellectually dynamic movement will be of interest to scholars interested in anarchism and Latin America."--Mark Leier, author of Bakunin: The Creative Passion: A Biography