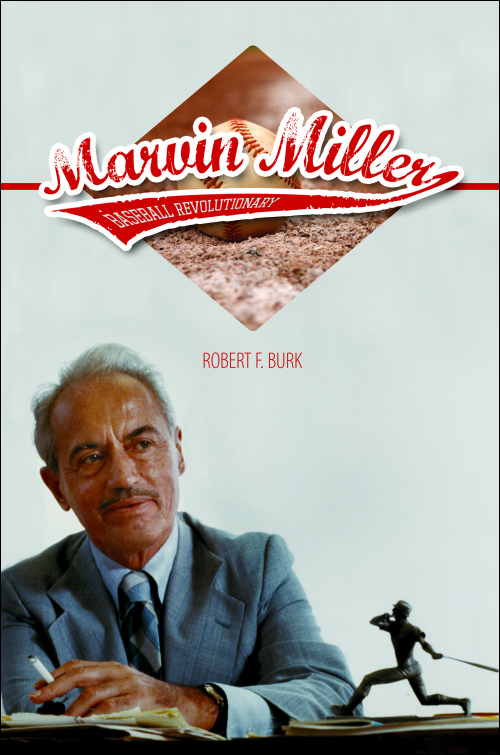 Educating and uniting the players as a workforce, Miller embarked on a long campaign to win the concessions that defined his legacy: decent workplace conditions, a pension system, outside mediation of player grievances and salary disputes, a system of profit sharing, and the long-sought dismantling of the reserve clause that opened the door to free agency. Through it all, allies and adversaries alike praised Miller's hardnosed attitude, work ethic, and honesty.

Comprehensive and illuminating, Marvin Miller, Baseball Revolutionary tells the inside story of a time of change in sports and labor relations, and of the contentious process that gave athletes in baseball and across the sporting world a powerful voice in their own games.

"This sound biography is required reading for those interested in sports and in 20th-century history and labor."--Choice

“The first comprehensive biography of Miller, the former steelworkers union official who transformed the toothless Players Association into what may be the nation’s most powerful private-sector union.”--Wall Street Journal

"Whether he ever gets into the Hall of Fame, Marvin Miller revolutionized the business of sport. Along with Jackie Robinson and Branch Rickey, Kenesaw Mountain Landis and Babe Ruth, Miller belongs among the handful of true baseball immortals. No one transformed the national pastime more significantly. Robert F. Burk provides a book worthy of its subject."--Aethlon: The Journal of Sport Literature

"A welcomed contribution that serves as required reading for anyone interested in exploring the complexities of baseball, economics, or labor history in the 1960s through 1980s."--Journal of Sport History

"Burk writes gracefully and insightfully, chronicling the life of one of baseball's most significant figures. He succeeds admirably in illuminating the evolution of Marvin Miller's intellect as well as his soul, in placing Miller's life in its historical context, and in explaining how this frail man from Brooklyn with a bum arm was able to reshape the landscape of our national pastime."--Andrew Zimbalist, author of In the Best Interests of Baseball? Governing Our National Pastime

"The Baseball Hall of Fame is not a hall of fame without Marvin Miller. As Robert F. Burk and others have written, Miller belongs on baseball’s Mount Rushmore. In Marvin Miller: Baseball Revolutionary, Burk has written a book worthy of Miller the man, the communicator, the strategist, the labor leader, and the baseball visionary. Every big league player and baseball fan should read it."-- Brad Snyder, author of A Well-Paid Slave: Curt Flood’s Fight for Free Agency in Professional Sports

"Burk knows the business of baseball inside and out, making him the ideal person to write about Miller. His research is impeccable and his writing is straightforward. The compelling aspect of the book is the story of Miller's role in transforming Major League Baseball, and that Burk tells with confidence and focus."--Randy Roberts, author of Joe Louis: Hard Times Man