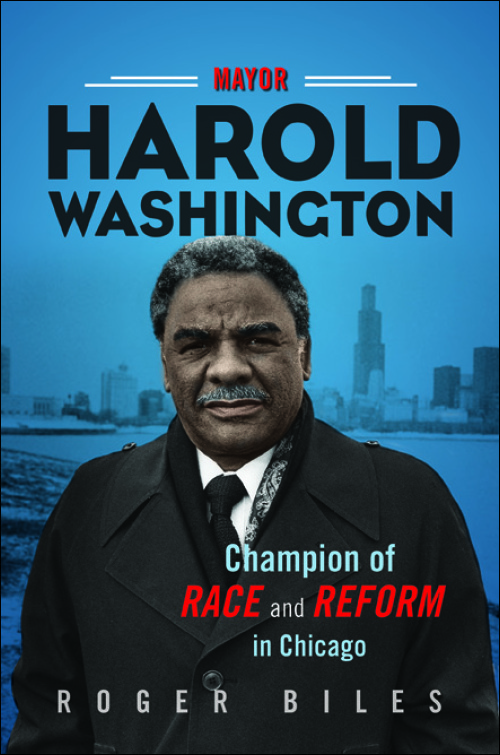 Raised in a political family on Chicago's South Side, Harold Washington made history as the city's first African American mayor. His 1983 electoral triumph, fueled by overwhelming black support, represented victory over the Chicago Machine and business as usual. Yet the racially charged campaign heralded an era of bitter political divisiveness that obstructed his efforts to change city government.

Roger Biles's sweeping biography provides a definitive account of Washington and his journey from the state legislature to the mayoralty. Once in City Hall, Washington confronted the backroom deals, aldermanic thuggery, open corruption, and palm greasing that fueled the city's autocratic political regime. His alternative: a vision of fairness, transparency, neighborhood empowerment, and balanced economic growth at one with his emergence as a dynamic champion for African American uplift and a crusader for progressive causes. Biles charts the countless infamies of the Council Wars era and Washington's own growth through his winning of a second term—a promise of lasting reform left unfulfilled when the mayor died in 1987.

Roger Biles is professor emeritus of history at Illinois State University. His books include Richard J. Daley: Politics, Race, and the Governing of Chicago and The Fate of Cities: Urban America and the Federal Government, 1945-2000.

"One of the most comprehensive overviews to date of Washington's politics and policies while in office." --South Side Weekly

"Makes a strong case for reevaluating Washington's career. [Biles] also covers pivotal elections with a flair for detail and suspense that locks you onto the page. This is a book that will reshape the way you think about Illinois, Chicago, and Harold Washington." --Public I

"Biles explores the intra- and inter-party political tensions in Chicago that helped cultivate Washington and redefined the city’s political and business landscape." --Booklist

"This is a must read for all who seek valuable insight into Mayor Harold Washington—the man, his administration, and the power struggle that accompanied the election of Chicago's first African American mayor."--David Orr

"The master biographer of Illinois politicians provides the definitive account of Chicago’s first black mayor. Rooted deeply in the historical context, Roger Biles demonstrates how Harold Washington’s neighborhood agenda balanced social change with municipal housekeeping. Biles lifts Washington out of the morass of the Council Wars and reveals him as canny and substantive, flawed and private, deft and tragic."--Amanda I. Seligman, author of Chicago’s Block Clubs: How Neighbors Shape the City