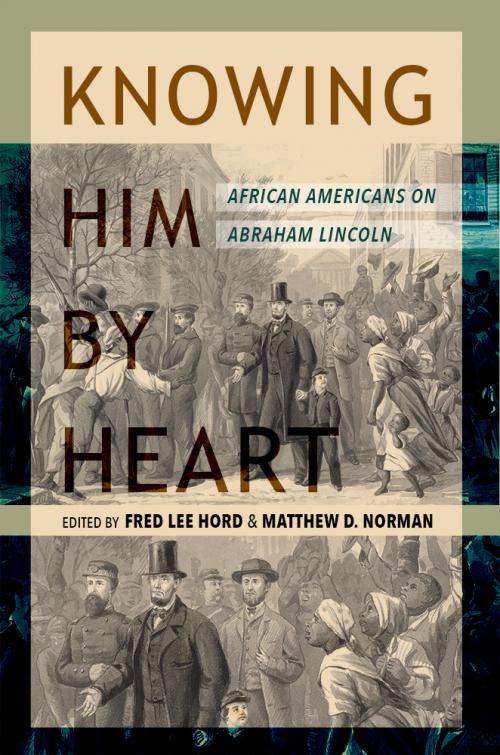 Knowing Him by Heart

Though not blind to Abraham Lincoln's imperfections, Black Americans long ago laid a heartfelt claim to his legacy. At the same time, they have consciously reshaped the sixteenth president's image for their own social and political ends. Fred Lee Hord and Matthew D. Norman's anthology explores the complex nature of views on Lincoln through the writings and thought of Frederick Douglass, Ida B. Wells-Barnett, Mary McLeod Bethune, Thurgood Marshall, Malcolm X, Gwendolyn Brooks, Barbara Jeanne Fields, Barack Obama, and dozens of others. The selections move from speeches to letters to book excerpts, mapping the changing contours of the bond--emotional and intellectual--between Lincoln and Black Americans over the span of one hundred and fifty years.

Fred Lee Hord is an Emeritus Full Professor in Africana Studies and former chair of the Department of Africana Studies at Knox College. He is the editor of I Am Because We Are: A Black Philosophy Reader and Reconstructing Memory: Black Literary Criticism. Matthew D. Norman is an associate professor of history at the University of Cincinnati, Blue Ash College.

"This valuable addition to the growing literature on Lincoln and race features a generous sampling of Civil-War-era African American opinion (including two little known, highly significant speeches by Frederick Douglass) and abundant later commentary, both positive and negative, from an impressively wide variety of sources, ranging from historians and journalists to poets and statesmen."--Michael Burlingame, author of The Black Man’s President: Abraham Lincoln, African Americans, and the Pursuit of Racial Equality

"No voice has been more important in speaking about Abraham Lincoln than the African American one. Yet, that voice has been often buried in obscure newspapers and magazines and long-forgotten collections of papers. It has been fervent in its admiration, and it has been strident in its resentment at condescension. The remarkable achievement of Fred Hord and Matthew Norman is to bring these varied voices together in one place, offering an unprecedented resource for understanding the fraught relationship of a national image of emancipation with a people longing for redemption. 'I know Abraham Lincoln,' declared one of these voices. Thanks to Hord and Norman, we can all 'know Lincoln' in an entirely new and multi-voiced way."--Allen C. Guelzo, author of Lincoln’s Emancipation Proclamation: The End of Slavery in America