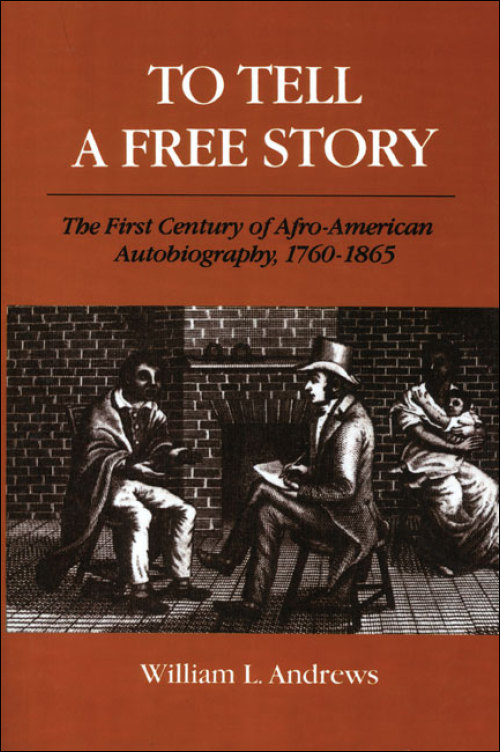 To Tell a Free Story

Beginning with Briton Hammon’s 1760 narrative, William L. Andrews explores autobiographical public writings by Black Americans from the colonial era through Emancipation. Andrews's analysis includes but also goes beyond slave narratives to look at spiritual biographies, criminal confessions, captivity stories, travel accounts, interviews, and memoirs. As he shows, Black writers continuously faced the fact that northern whites often refused to accept their stories and memories as sincere, and especially distrusted portraits of southern whites as inhuman. Black writers had to silence parts of their stories or rely on subversive methods to make facts tellable while contending with the sensibilities of the white editors, publishers, and readers they relied upon and hoped to reach.

William L. Andrews is E. Maynard Adams Professor of English in the Department of English and Comparative Literature at the University of North Carolina at Chapel Hill. He is the author of The Literary Career of Charles W. Chesnutt,, editor of Life of John Thompson, a Fugitive Slave, and coeditor of Slave Narratives from the Library of America.

"To Tell a Free Story imaginatively combines literary criticism, anthropological theory, and history to provide a detailed, nuanced, and persuasive reading of Afro-American autobiography from its origins in the eighteenth century through emancipation."--Julius S. Scott, Journal of Southern History

"This book is superb in so many ways that I really don't know where to begin my praises. It will be the book-of-the-year in Afro-American literary studies."--Robert B. Stepto, author of From Behind the Veil: A Study of Afro-American Narrative

"Andrews treats early Afro-American autobiography in greater detail, with more theoretical acumen, and with a finer literary tact, sensitivity, and intelligence than any other single critic. It is a first-rate work which, among a host of other virtues, is distinguished by it's stylistic clarity and grace."--James Olney, author of Metaphors of the Self: The Meaning of Autobiography

"A forceful and remarkable volume. [It] looks at a century of black-American autobiography in a fashion and with a sensitivity no one before Andrews has revealed; it is enriched by scholarly intelligence and integrity, and it should stand as a landmark in both American literary studies and black studies."--Russell C. Brignano, American Literature