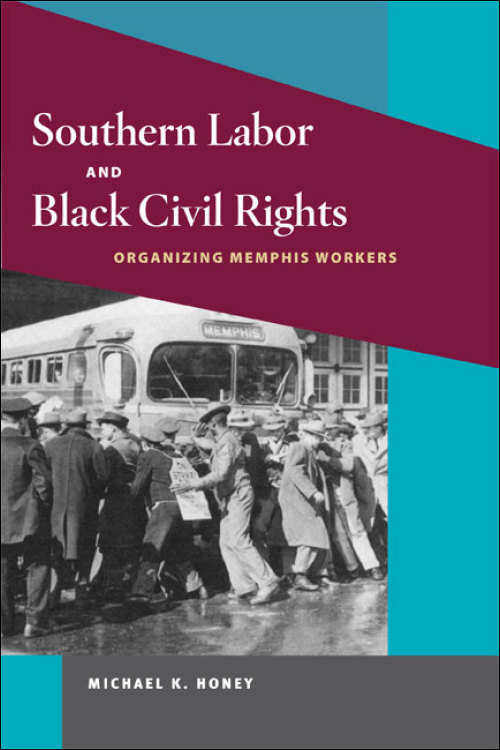 Widely praised upon publication and now considered a classic study, Southern Labor and Black Civil Rights chronicles the southern industrial union movement from the Great Depression to the Cold War, a history that created the context for the sanitation workers' strike that brought Dr. Martin Luther King, Jr. to Memphis in April 1968. Michael K. Honey documents the dramatic labor battles and sometimes heroic activities of workers and organizers that helped to set the stage for segregation's demise.

Michael K. Honey is the Fred T. and Dorothy G. Haley Professor of the Humanities at the University of Washington Tacoma. His books include Going Down Jericho Road: The Memphis Strike, Martin Luther King's Last Campaign and the award-winning Black Workers Remember: An Oral History of Segregation, Unionism, and the Freedom Struggle.

"Packs the emotive power of a zillion 'race' memoirs precisely because it is the story of what happened when black and white workers collectively challenged the powers-that-be in the meanest city in the South."--Robin D. G. Kelley, The Nation

"A vitally important contribution to the scholarly debate about the relationship between class and race in American history."--Bruce Nelson, Journal of American History

"Among the best and most ambitious recent works on labor in the South. . . . Few readers of this book are likely to remain unmoved by Honey's account of the exceptional sacrifice, courage, and vision displayed by labor activists in Memphis."--Georgia Historical Quarterly

"Sheds considerable light on numerous themes of importance to historians of a multiplicity of specialties, from labor and African American history, to historians of the South and twentieth-century America."--Labor History

"A well-researched and carefully written book. . . . Anyone interested in the Southern labor movement must consult this work."--Mississippi Quarterly

"A major contribution to the history of labor, race relations, and the twentieth-century South. . . . Honey vividly brings the labor movement to life and places Memphis in the wider context of southern and national history."--Pete Daniel, author of The Shadow of Slavery: Peonage in the South, 1901-1969

"A major new study of how the Solid South restrained social reform and labor's strength in New Deal America."--David Montgomery, author of The Fall of the House of Labor: The Workplace, the State, and American Labor Activism, 1865-1925