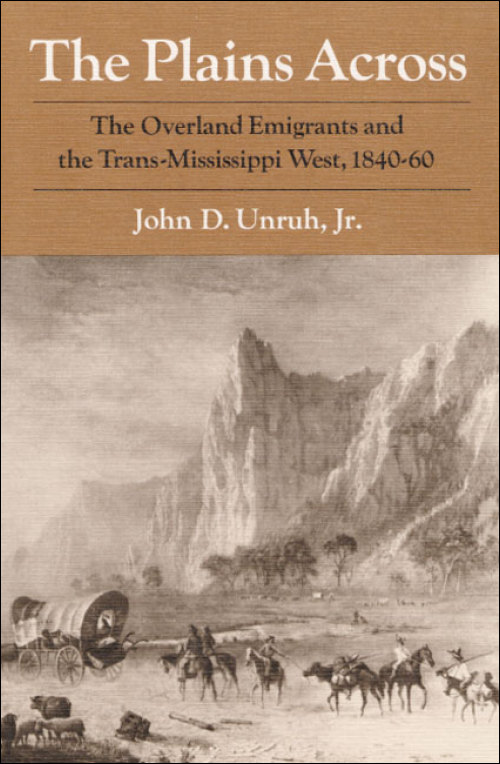 The most honored book ever released by The University of Illinois Press, The Plains Across was the result of more than a decade's work by its author. Hailed for the detail of its research and clarity of its writing, the volume presented a new picture for the overland journey on the Oregon Trail. Here, on the occasion of that trail, is a reissue that includes more than fifty illustrations contained in the 1979 cloth edition.

The late John D. Unruh, Jr., a descendant of Mennonite pioneers, was born in South Dakota in 1937. He was, until his death in 1976, an associate professor of history at Bluffton College in Ohio.

"Magisterial. . . . Unruh has not only produced the best book yet written on the overland journey, but has also laid to rest a magnitude of popular myths. . . . The book is so rich in anecdote, so sparklingly written, and so free of academic gobbledy-gook that it might have come from the pen of a best-selling popularizer."--Washington Post Book Review

"Contains the essence of the American dream. . . . A major contribution to the literature of the always fascinating American West."--Chicago Sun-Times

"Will stand as a milestone in western historical scholarship. . . . Unruh's attention to detail serves to accentuate the timeless color and human drama of the overland story."--Western Historical Quarterly

One of three finalists for the Pulitzer Prize in History and the winner of seven awards, including the John H. Dunning Prize of the American Historical Association, the Ray A. Billington Book Award of the Organization of American Historians, and the National Historical Society Book Prize