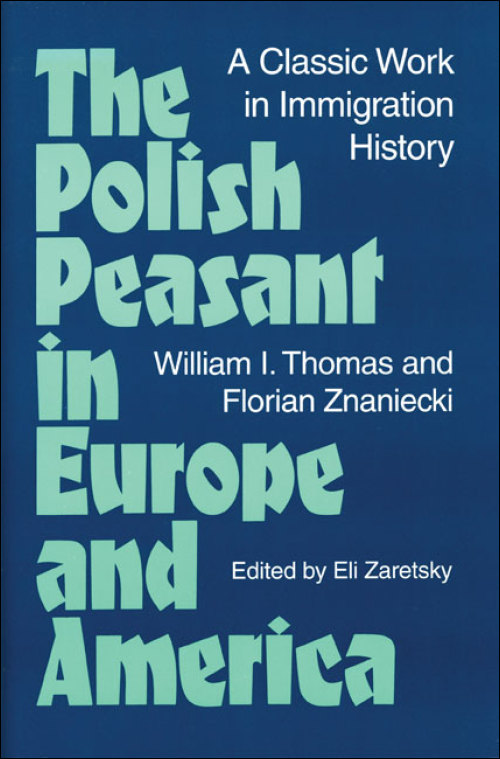 The Polish Peasant in Europe and America

Focusing on the immigrant family, this new, abridged edition of the classic The Polish Peasant in Europe and America brings together documents and commentary that will be valuable in teaching United States history survey courses as well as immigration history and introductory sociology courses. It includes a new introduction and epilogue.

Eli Zaretsky, an associate professor of history at the University of Missouri, is the author of Capitalism, the Family, and Personal Life and of the forthcoming Psychoanalysis: From the Psychology of Authority to the Politics of Identity. The late William I. Thomas, was the author of Primitive Behavior. The late Florian W. Znaniecki, who founded the Polish Sociological Institute and he Polish Sociological Review, later taught at the University of Illinois. His books include Cultural Sciences.

"Of great interst to students and teachers of immigrant history as well as to those of Polish descent. It also should have a prominent place in the libraries of those who seek a fuller understanding of how America came to be."-Jean Collins, San Francisco Chronicle

"Deserves the attention of social scientists and others who are more familiar with the study's general theses than with its documentary eveidence."-Eugene Obidinsky, Polish American Studies