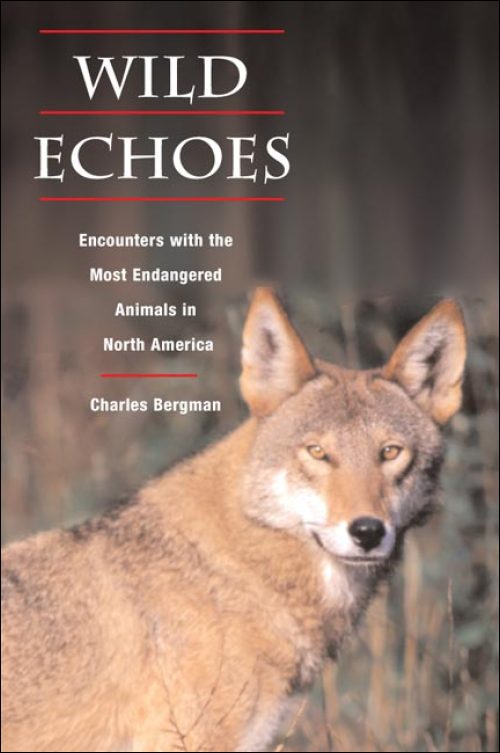 In Wild Echoes, environmentalist and photographer Charles Bergman chronicles his experiences tracking down and interacting with the few remaining members of nine of North America’s most endangered species.Bergman soars in the company of two of the last remaining California condors, swims with manatees, assists in the capture and release of a Florida panther, and comes face to face with the last remaining dusky seaside sparrow, a species now extinct. As he relates these and other poignant encounters, Bergman describes the factors, both manufactured and natural, that have led to the animals’ endangerment. He also examines the efforts of those who hope to pull species back from the brink of extinction. Wild Echoes was originally published in 1990; this 2003 edition contains a new introduction and substantial updates on the good news and the bad concerning the current status of the species Bergman discusses.

Charles Bergman is a professor of English at Pacific Lutheran University in Tacoma and a dedicated environmentalist whose writings--and photographs--have appeared in a number of periodicals, including National Geographic, Smithsonian, Natural History, Audubon, and National Wildlife. He is the author of Orion's Legacy: A Cultural History of Man as Hunter and Red Delta: Fighting for Life at the End of the Colorado River.

"This is a very personal, affecting account of one man's endeavor to come to grips with the fact that humans in the twentieth century are causing extinctions at an unprecedented rate."--Publishers Weekly

"Despite its litany of stark truths, Wild Echoes is anything but an oppressive book. Bergman's prose is rich and lively, his search becomes a shared adventure, his affection for ‘broken creatures' rings clear, and his perspective elevates hope above desperation."--Orion