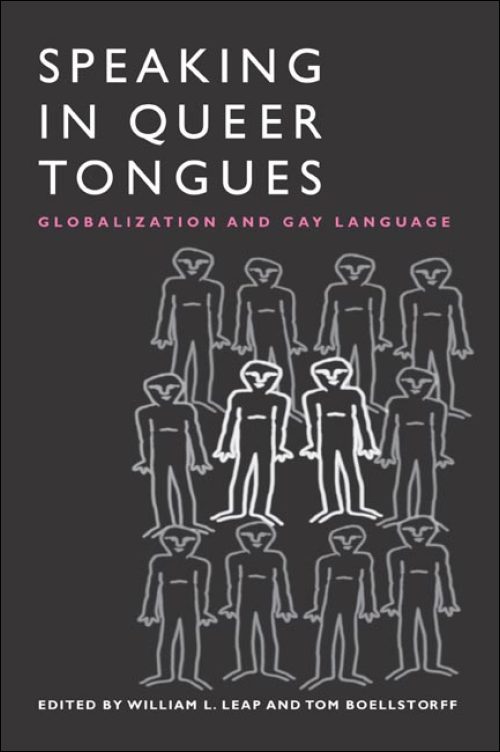 Language is a fundamental tool for shaping identity and community, including the expression (or repression) of sexual desire. Speaking in Queer Tongues investigates the tensions and adaptations that occur when processes of globalization bring one system of gay or lesbian language into contact with another.

Western constructions of gay culture are now circulating widely beyond the boundaries of Western nations due to influences as diverse as Internet communication, global dissemination of entertainment and other media, increased travel and tourism, migration, displacement, and transnational citizenship. The authority claimed by these constructions, and by the linguistic codes embedded in them, is causing them to have a profound impact on public and private expressions of homosexuality in locations as diverse as sub-Saharan Africa, New Zealand, Indonesia and Israel.

Examining a wide range of global cultures, Speaking in Queer Tongues presents essays on topics that include old versus new sexual vocabularies, the rhetoric of gay-oriented magazines and news media, verbal and nonverbalized sexual imagery in poetry and popular culture, and the linguistic consequences of the globalized gay rights movement.

"This cohesive collection is a major, timely, and welcome contribution to a changing field. It engages a series of criss-crossing topics not previously studied in this fashion, and certainly not on this scale."--Roger N. Lancaster, author of The Trouble with Nature: Sex in Science and Popular Culture and coeditor of The Gender/Sexuality Reader