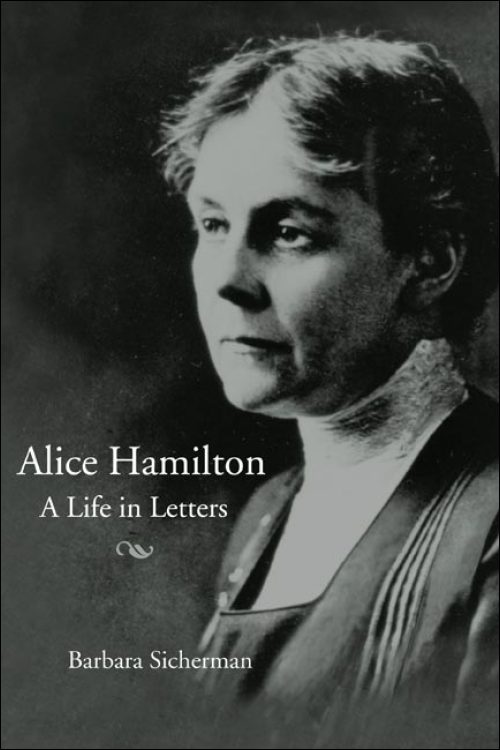 A Life in Letters
Author: Barbara Sicherman
Biography of a pioneer in industrial toxicology in the US, covering her lifes work from the early 1920’s to the Vietnam War.
Paper – $28
978-0-252-07152-2
Paperback: 01/01/2003
Buy the Book Request Desk/Examination Copy Request Review Copy Request Rights or Permissions Request Alternate Format Preview

Alice Hamilton (1869-1970), a pioneer in the study of diseases of the workplace, a founder of industrial toxicology in the United States, and Harvard's first woman professor, led a long and interesting life. Always a consummate professional, she was also a prominent social reformer whose interest in the environmental causes of disease and in promoting equitable living conditions developed during her years as a resident at Jane Addams's Hull-House.

This legendary figure now comes to life in an integrated work of biography and letters that reveals the personal as well as the professional woman. In documenting Hamilton's evolution from a childhood of privilege to a life of social advocacy, the volume opens a window on women reformers and their role in Progressive Era politics and reform. Because Hamilton was a keen observer and vivid writer, her letters--more than 100 are included here--bring an unmatched freshness and immediacy to a range of subjects, such as medical education; personal relationships and daily life at Hull House; the women's peace movement; struggles for the protection of workers' health; academic life at Harvard; politics and civil liberties during the cold war; and the process of growing old. Her story takes the reader from the Gilded Age to the Vietnam War.

"The book is a pleasure to read, no doubt in part because it conveys the lively intelligences of both Hamilton and Sicherman in an engaging and graceful duet."-– Martha Minow, Reviews in American History

"An admirable book about an admirable subject. . . . I cannot remember the last time I read a 'scholarly biography' with greater pleasure."-– Charles E. Rosenberg, Pennsylvania Magazine of History and Biography

" ... reads like a well-written and engrossing realist novel."--NWSA Journal