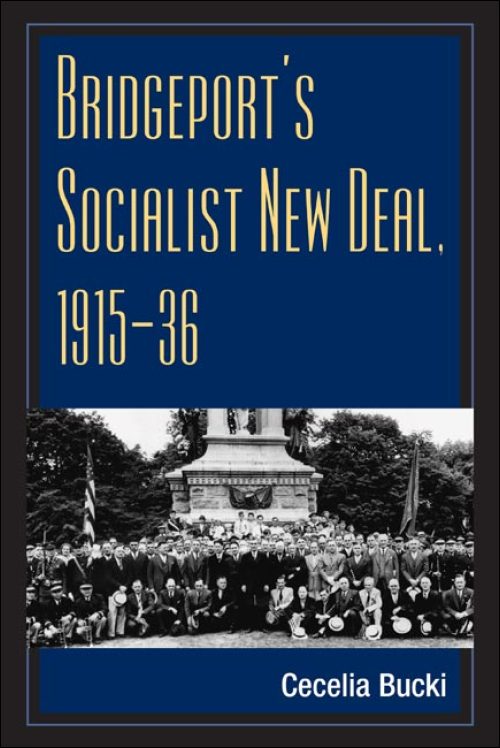 In the heat of the Great Depression, the skilled union craftsmen who made up the bulk of the city's Socialist Party filled a political void created by the crumbling of mainstream parties, the disintegration of traditional modes of ethnic politics, and the city's acute fiscal crisis. In time, however, legislative measures and compromise politics blunted the progressive agenda. The local party split from the Socialist Party of America and became narrowly focused and reformist while still serving as the voice of the working class.

A portrait of a stunning moment in American politics, Bridgeport's Socialist New Deal, 1915-36 offers a fascinating look at the volatility of politics in the early years of the Great Depression.

Cecelia Bucki is a professor of history at Fairfield University.

"This is a lively treatment of a little understood phenomenon, the election of socialists (or any other third party) to public office in American cities of the twentieth century."--Paul Buhle, American Studies

"Astutely argued and copiously documented with archival, newspaper, and oral history sources, this exploration of the coming to power and early years of a socialist administration in Bridgeport, Connecticut, offers an outstanding example of the strength of wedding social and political history on a local level."--The Journal of American History