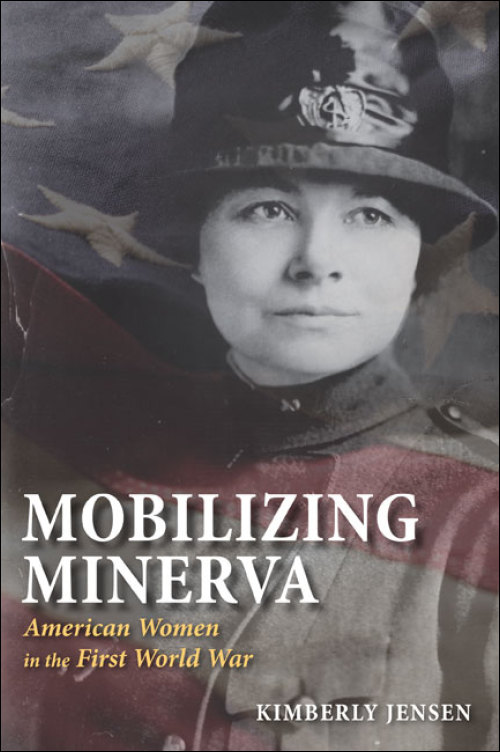 Mobilizing Minerva: American Women in the First World War analyzes the strategies of female physicians, nurses, and women-at-arms who linked military service with the opportunity to achieve professional and civic goals. Since women armed to defend the state during war could also protect themselves, Kimberly Jensen argues, Americans began to focus on women's relationship to violence--both its wielding against women and women's uses of it. Intense discussions of rape, methods of protecting women, and proper gender roles abound as Jensen draws from rich case studies to show how female thinkers and activists wove wartime choices into long-standing debates about woman suffrage, violence against women, gender-based discrimination, and economic parity. The war created new urgency in these debates, and Jensen forcefully presents the case of women participants and activists: women's involvement in the obligation of citizens to defend the state validated their right of full female citizenship.

Kimberly Jensen is a professor of history and gender studies at Western Oregon University.

"Jensen astutely analyzes the interplay between US women's attempts to attain professional and civic equality and overcome gender-based violence during WWI. . . . She expertly interweaves case studies and gender representations from women activists, popular culture, wartime propaganda, real-life accounts, and a host of other sources. Highly recommended."--Choice

“Not simply a tale about World War I or the women's suffrage movement, but a story of the complicated intersection of gender, citizenship, violence, and war in the early twentieth century.”--H-Minerva

“Mobilizing Minerva is a useful analysis that contributes thoughtfully to the history of women, gender, war, and antiviolence activism and joins a growing body of literature that places the suffrage campaign within a much wider context of women’s activism.”--Oregon Historical Quarterly

“Kimberly Jensen’s study of women in the First World War is a valuable contribution to the expanding scholarship on the American social and military history of that conflict.”--Military History

"A fascinating and well-researched book on the mobilization of American women during the First World War."--Minerva Journal of Women and War

"As we struggle to understand the roots of violence against women and also to train women in the military and police forces to exercise violence in the name of the state, Kimberly Jensen's timely book helps us place important challenges in historical context. Jensen's imaginative research reveals many unappreciated dimensions of the First World War; her wise analysis deepens our understanding of civilian and military culture. An important book."--Linda K. Kerber, author of No Constitutional Right to Be Ladies: Women and the Obligations of Citizenship

"The archives and popular printed magazines and papers that Jensen has tracked down are full of juicy insight into both the anti-suffrage and suffrage debates. She does a superb job of showing the reader how America's entrance into WWI affected those suffrage debates and discourses."--Cynthia Enloe, author of Bananas, Beaches and Bases: Making Feminist Sense of International Politics and Maneuvers: The International Politics of Militarizing Women's Lives