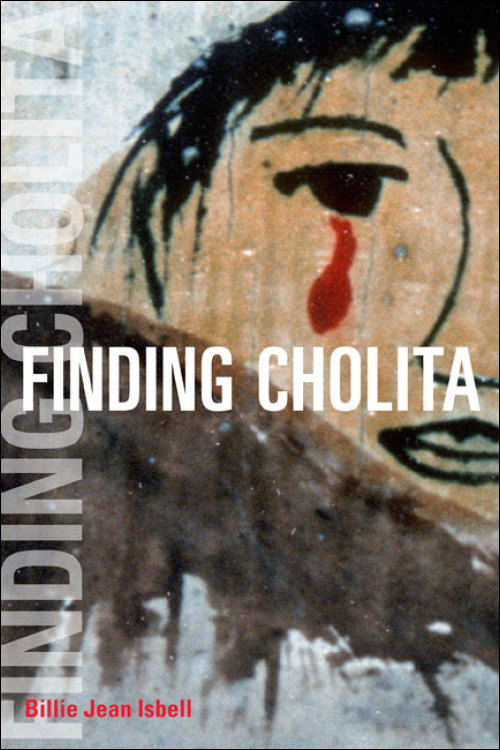 Finding Cholita is a fictionalized ethnography of the Ayacucho region of Peru covering a thirty-year period beginning in the 1970s. It is a story of human tragedy resulting from the region's long history of discrimination, class oppression, and the rise and fall of the communist organization Shining Path.

American anthropologist Dr. Alice Woodsley works in remote, Quechua-speaking Ayacucho villages in Peru. Vibrant and given to intensive questioning, she attempts to locate her goddaughter, Cholita, who is known to have joined Shining Path and to have murdered her biological father, who fathered her through rape. Woodsley learns through the people she meets and newspaper accounts about the emergence of Shining Path, its increasingly violent and cultlike tactics, and the equally violent response of government counterinsurgency forces.

Woodsley devotes herself to documenting the stories of the countless Andean peasant women who were raped by soldiers. Her involvement goes beyond witnessing, as she therapeutically ministers to the women to relieve the pain of their sexual horror. Transcending the boundaries of fiction, memoir, and ethnography, Finding Cholita is an exceptional story of survival and redemption in the Andes.

Billie Jean Isbell is a professor emeritus of anthropology at Cornell University. She is the author of To Defend Ourselves: Ecology and Ritual in an Andean Village and the multimedia Web sites "Vicos: A Virtual Tour" and "The Billie Jean Isbell Andean Collection."

"An intriguing exploration of the relationship between ethnography and memoir writing that also expands in an experimental manner the many ways in which anthropologists write about the people with whom they work. It will be of great interest to readers interested in the Andes."--Enrique Mayer, author of The Articulated Peasant: Household Economies in the Andes

"A suspenseful story that deals candidly with the devastating effects of violence on Peruvian society while also revealing the significance of colonial history, indigenous cosmology, rituals, kinship, race relations, and symbolic systems in people's lives. Finding Cholita will be a useful tool for discussing these issues in classes."--Rachel Corr, associate professor of anthropology, Florida Atlantic University

Received the honorable mention award for the Victor Turner Prize for Ethnographic Writing from the Society for Humanistic Anthropology, 2009