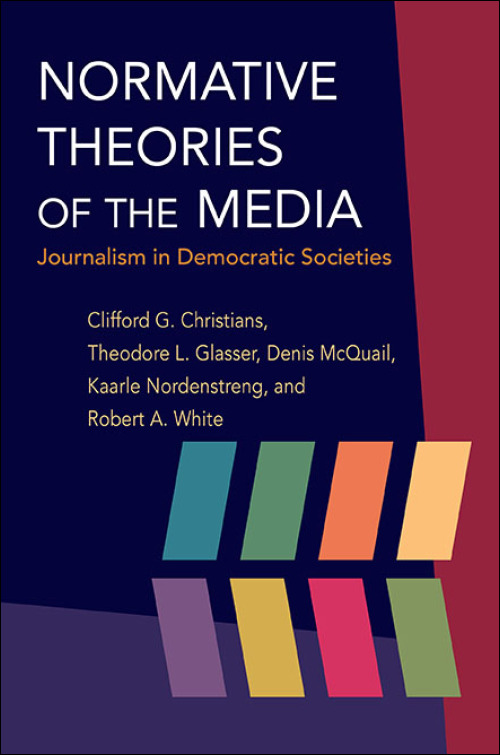 In this book, five leading scholars of media and communication take on the difficult but important task of explicating the role of journalism in democratic societies. Using Fred S. Siebert, Theodore Peterson, and Wilbur Schramm's classic Four Theories of the Press as their point of departure, the authors explore the philosophical underpinnings and the political realities that inform a normative approach to questions about the relationship between journalism and democracy, investigating not just what journalism is but what it ought to be.

The authors identify four distinct yet overlapping roles for the media: the monitorial role of a vigilant informer collecting and publishing information of potential interest to the public; the facilitative role that not only reports on but also seeks to support and strengthen civil society; the radical role that challenges authority and voices support for reform; and the collaborative role that creates partnerships between journalists and centers of power in society, notably the state, to advance mutually acceptable interests. Demonstrating the value of a reconsideration of media roles, Normative Theories of the Media provides a sturdy foundation for subsequent discussions of the changing media landscape and what it portends for democratic ideals.

"[The contributors] see four roles for the press: a monitor of events in the world, a facilitator of democratic decision making, a radical communicator free of any restraint, and a collaborator with those in power. Each of these four is explained in detail, with many excellent examples. . . . Highly recommended.”--Choice

"A deeper and more satisfactory approach to tackling many of the issues first raised in Four Theories [of the Press]."--Australian Journalism Review

"This long-awaited book by a group of the most distinguished scholars of journalism and the media will define the terms of discussion of normative theory for the next generation."--John C. Nerone, coauthor of The Form of News: A History