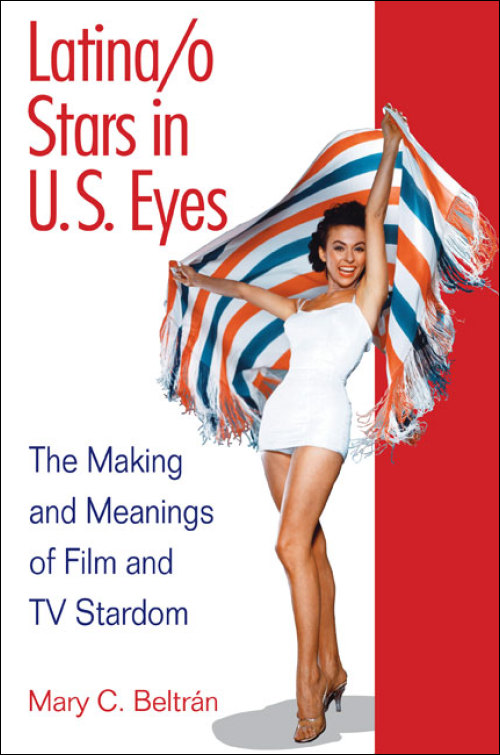 This book explores the role film and television stardom has played in establishing, reinforcing, and challenging popular ethnic notions of Latina/os in the United States since the silent film era of the 1920s. In addition to documenting the importance of Latina and Latino stars to American film and television history, Mary C. Beltrán focuses on key moments in the construction of "Hollywood Latinidad" by analyzing the public images of these stars as promoted by Hollywood film studios, television networks, producers, and the performers themselves. Critically surveying the careers of such film and television stars as Dolores Del Rio, Desi Arnaz, Rita Moreno, Freddie Prinze, Edward James Olmos, Jessica Alba, and Jennifer Lopez, Latina/o Stars in U.S. Eyes also addresses the impact of the rise in Latina and Latino media producers and the current status of Latina/o stardom.

Mary C. Beltrán is an assistant professor of communication arts and Chicana/o and Latina/o studies at the University of Wisconsin-Madison and the coeditor of Mixed Race Hollywood.

"Exceptionally well written and researched and achieves the rare triumph of being highly informative and academically rigorous, yet simultaneously accessible and thoroughly enjoyable to read."--Feminist Media Studies

"A must read for anyone interested in media, film, ethnic studies, or Latina/o studies. . . . Recommended."--Choice

"Meticulously unfolds the layers of media and political bureaucracy that have largely informed the shifts and trends in popular tastes and sentiments regarding American film and television stars."--Multicultural Review

"Latina/o Stars in U.S. Eyes is well researched, highly readable, and tremendously significant in terms of how it expands our understanding of media, stardom, and Latino and multiracial identities historically and in the present day."--Diane Negra, coeditor of Interrogating Postfeminism: Gender and the Politics of Popular Culture

"This fascinating work makes a significant contribution by examining how the times have influenced the construction of Latina/o race within the film medium. By focusing on select Latina/o stars, Beltrán investigates how these constructions have differed over time and why."--Clara E. Rodríguez, author of Heroes, Lovers, and Others: The Story of Latinos in Hollywood