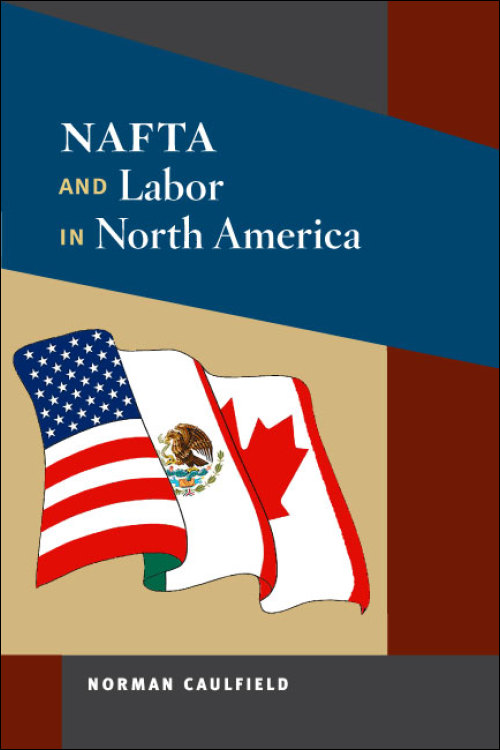 NAFTA and Labor in North America

As companies increasingly look to the global market for capital, cheaper commodities and labor, and lower production costs, the impact on Mexican and American workers and labor unions is significant. National boundaries and the laws of governments that regulate social relations between laborers and management are less relevant in the era of globalization, rendering ineffective the traditional union strategies of pressuring the state for reform.

Focusing especially on the effects of the North American Free Trade Agreement and the North American Agreement on Labor Cooperation (the first international labor agreement linked to an international trade agreement), Norman Caulfield notes the waning political influence of trade unions and their disunity and divergence on crucial issues such as labor migration and workers' rights. Comparing the labor movement's fortunes in the 1970s with its current weakened condition, Caulfield notes the parallel decline in the United States' hegemonic influence in an increasingly globalized economy. As a result, organized labor has been transformed from organizations that once pressured management and the state for concessions to organizations that now request that workers concede wages, pensions, and health benefits to remain competitive in the global marketplace.

Norman Caulfield is a professor of history at Fort Hays State University in Hays, Kansas; the former acting director of research for the Secretariat of the Commission for Labor Cooperation; and the author of Mexican Workers and the State: From the Porfiriato to NAFTA.

"Caulfield is uniquely qualified to analyze the impact of NAFTA on North American workers, having researched labor issues at the Secretariat of the Commission for Labor Cooperation. . . . Highly recommended."--Choice

"A very important, timely book. This study has monumental and provocative implications that are sure to stir debate among scholars in labor history, industrial relations, and public policy."--Gregg Andrews, author of Shoulder to Shoulder? The American Federation of Labor, the United States, and the Mexican Revolution, 1910-1924