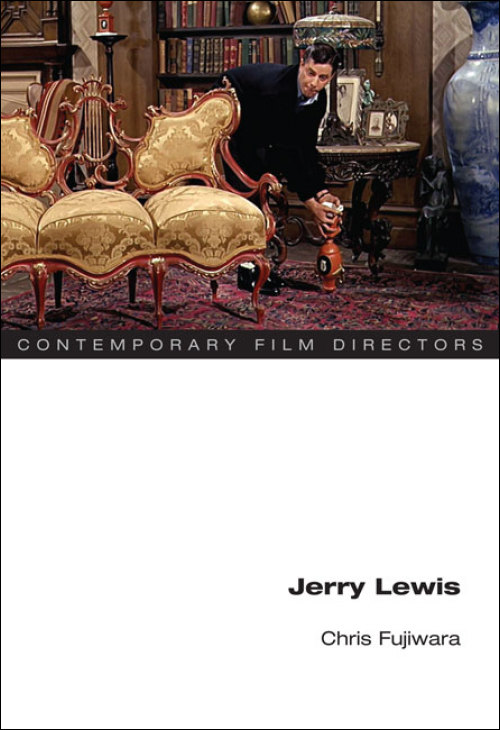 Well known for his slapstick comedic style, Jerry Lewis has also delighted worldwide movie audiences with a directing career spanning five decades. One of American cinema's great innovators, Lewis made unmistakably personal films that often focused on an ideal masculine image and an anarchic, manic acting out of the inability to assume this image. Films such as The Bellboy, The Errand Boy, Three on a Couch, and The Big Mouth present a series of thematic variations on this tension, in which such questions as how to be a man, how to be popular, and how to maintain relationships are posed within frameworks that set up a liberating and exhilarating confusion of roles and norms. The Nutty Professor and The Patsy are especially profound and painful examinations of the difficulty experienced by Lewis's character in reconciling loving himself and being loved by others.

With sharp, concise observations, Chris Fujiwara examines this visionary director of self-referential comedic masterpieces. The book also includes an enlightening interview with Lewis that offers unique commentary on the creation and study of comedy.

Chris Fujiwara is the author of The World and Its Double: The Life and Work of Otto Preminger and Jacques Tourneur: The Cinema of Nightfall. He lives in Tokyo, Japan.

"The first extended critical treatment of Lewis in English that Lewis deserves—including a thoughtful, sympathetic, and lucid (yet in no way sycophantic) thirty-two page interview that is conceivably the best one anyone has ever had with him."--Cineaste

“The most eloquent advocacy [Jerry Lewis has] received on his own shores for decades.”--NBC New York

"An incomparable work about one of the 20th century's most misunderstood clowns."--The List

"Absolutely brilliant. Fujiwara powerfully gives body and coherence to Lewis's work with identity, image, sound, space, and time, and the interview with Lewis is pure gold: the finest and most probing interview with the director I have ever read in any language."--Adrian Martin, coeditor of Movie Mutations: The Changing Face of World Cinephilia