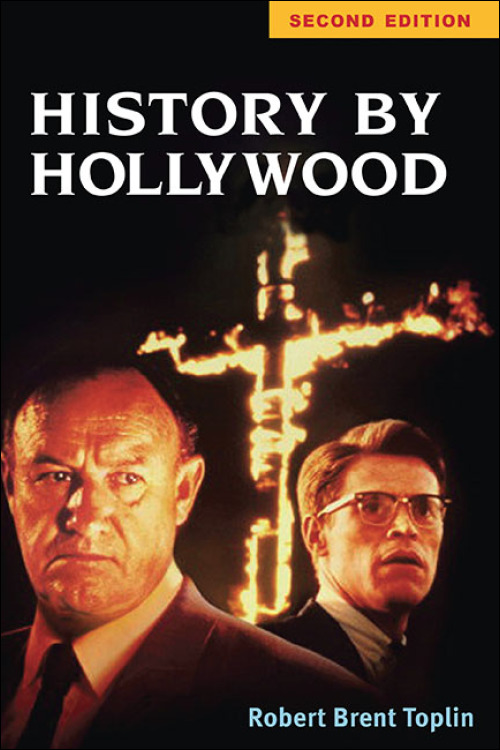 This newly updated edition of History by Hollywood explores the question of what happens to history when Hollywood filmmakers get their hands on it. With a fresh look at recent films and television productions such as Titanic, Pearl Harbor, The Patriot, and John Adams, Robert Brent Toplin examines how filmmakers have interpreted American history through their movies. Toplin discusses how writers, producers, and directors become involved in making historical films, what influences their interpretations of the past, and the responses they make to the controversies their works excite. With a realistic appreciation of the challenges filmmakers face, he effectively measures the strengths and weaknesses of Hollywood's presentation of history in the films Mississippi Burning, JFK, Sergeant York, Missing, Bonnie and Clyde, Patton, All the President's Men, and Norma Rae.

Robert Brent Toplin, a professor of history at the University of North Carolina at Wilmington, is the author of many books and articles on film and history and on United States and Latin American history. He has been principal creator of a number of PBS and Disney Channel films and is the film and media editor for Perspectives in History.

"Succinct and accessible. Toplin has raised a number of significant questions for historians and others concerned with the ethical and intellectual aspects of historical filmmaking."--Reviews in American History

"A 'must read' for those who study, research, and write about the history of the motion picture."--Journal of Popular Film and Television

"This smart, instructive book benefits from very real strengths--thorough research augmented by new interviews with filmmakers, precise writing accompanied by an appreciation for complexity--but perhaps most refreshing is its sense of fairness."--Publishers Weekly

"A timely attempt to open new dialogues about the ways historians present their work and reach wider audiences."--The Historian