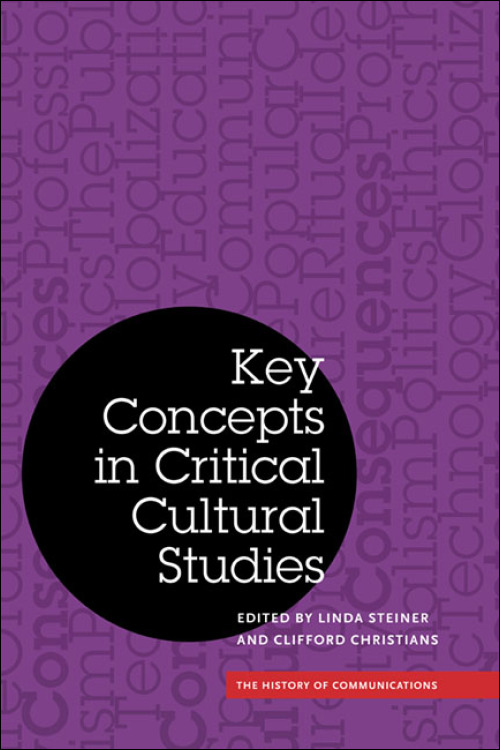 This volume brings together sixteen essays on key and intersecting topics in critical cultural studies from major scholars in the field. Taking into account the vicissitudes of political, social, and cultural issues, the contributors engage deeply with the evolving understanding of critical concepts such as history, community, culture, identity, politics, ethics, globalization, and technology. The essays address the extent to which these concepts have been useful to scholars, policy makers, and citizens, as well as the ways they must be rethought and reconsidered if they are to continue to be viable.

Each essay considers what is known and understood about these concepts. The essays give particular attention to how relevant ideas, themes, and terms were developed, elaborated, and deployed in the work of James W. Carey, the "founding father" of cultural studies in the United States. The contributors map how these important concepts, including Carey's own work with them, have evolved over time and how these concepts intersect. The result is a coherent volume that redefines the still-emerging field of critical cultural studies.

"An unusually full and rich--and sometimes passionate--conversation on communication and culture, this volume offers a selection of illuminating and provocative responses to the life's work of James W. Carey."--Carolyn Kitch, author of Pages from the Past: History and Memory in American Magazines

"A creative approach to connecting key elements in a sometimes abstract field. Recommended for students and scholars of critical and cultural studies"--Lee Wilkins, coeditor of The Handbook of Mass Media Ethics