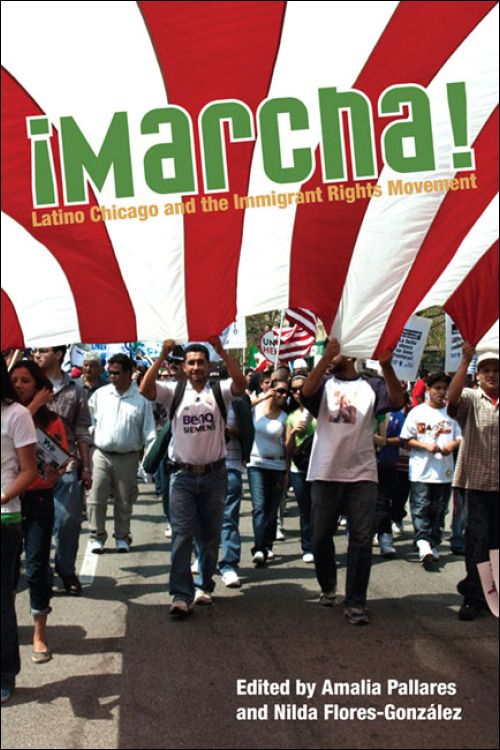 ¡Marcha! is a multidisciplinary survey of the individuals, organizations, and institutions that have given shape and power to the contemporary immigrant rights movement in Chicago. A city with long-standing historic ties to immigrant activism, Chicago was the scene of a precedent-setting immigrant rights mobilization in 2006 and subsequent mobilizations in 2007 and 2008.

Positing Chicago as a microcosm of the immigrant rights movement on a national level, these essays plumb an extraordinarily rich set of data regarding recent immigrant rights activities, defining the cause as not just a local quest for citizenship rights, but a panethnic, transnational movement. The result is a timely volume likely to provoke debate and advance the national conversation about immigration in innovative ways.

"Marcha brings together a diverse array of complementary analyses of the key actors, ideas, and institutions of the spring 2006 immigrant rights mobilization, the largest single wave of street protests in U.S. history."--Jonathan Fox, author of Accountability Politics: Power and Voice in Rural Mexico