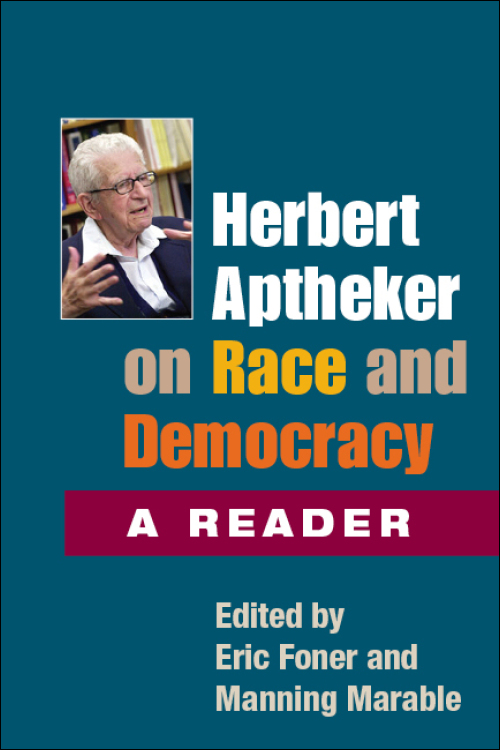 Herbert Aptheker on Race and Democracy

This reader collects fourteen influential essays by Herbert Aptheker (1915–2003) on the African American experience. Written with passion and eloquence, they are full of ideas originally dismissed by a white, segregated academy that have now become part of the scholarly mainstream. Covering topics including slave resistance, black abolitionists, Reconstruction, and W. E. B. Du Bois, these essays demonstrate the critical connection between political commitment and the advancement of scholarship, while restoring Aptheker's central place as one of the founding scholars in the development of African American studies.

Herbert Aptheker was a professor of history at the University of Massachusetts. His works include American Negro Slave Revolts, Abolitionism: A Revolutionary Movement, and The Correspondence of W. E. B. Du Bois. Eric Foner is DeWitt Clinton Professor of History at Columbia University and the former president of both the American Historical Association and the Organization of American Historians. His works include The Story of American Freedom. Manning Marable is the M. Moran Weston and Black Alumni Council Professor of African-American Studies at Columbia University and director of the Center for Contemporary Black History. His works include Living Black History: How Reimagining the African-American Past Can Remake America's Racial Future.

"Whether you realize it or not, your thinking has been significantly influenced by Herbert Aptheker. More than anyone, Aptheker smashed the early twentieth-century image of slaves as 'docile, passive, parasitic, imitative.'"--Black Issues Book Review

"This volume eloquently attests to Herbert Aptheker's pioneering role in African American history. For many years, McCarthyism deprived students of learning directly from this gifted professor, but his scholarship would later prove indispensable to early Black studies departments."--Martha Biondi, author of To Stand and Fight: the Struggle for Civil Rights in Postwar New York City

"These hard-to-find essays cohere well, capturing the realm in which a major and underappreciated U.S. historian made his most germinal contributions."--David R. Roediger, author of History Against Misery