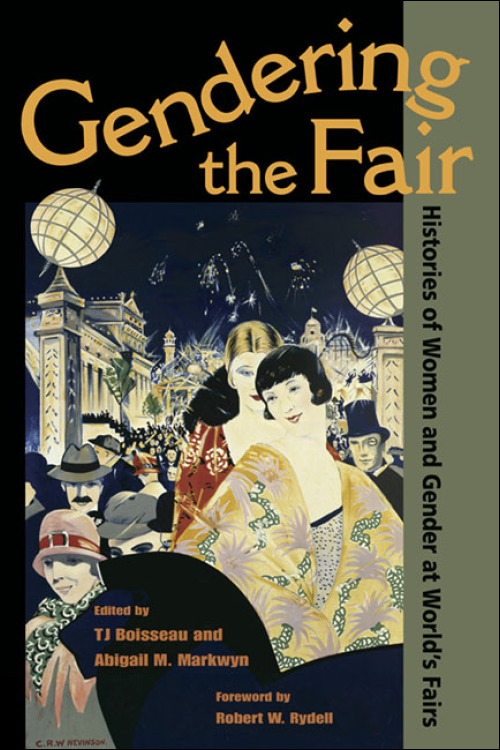 This field-defining work opens the study of world's fairs to women's and gender history, exploring the intersections of masculinity, femininity, exoticism, display, and performance at these influential events. As the first global gatherings of mass numbers of attendees, world's fairs and expositions introduced cross-class, multi-racial, and mixed-sex audiences to each other, as well as to cultural concepts and breakthroughs in science and technology. Gendering the Fair focuses on the manipulation of gender ideology as a crucial factor in the world's fairs' incredible power to shape public opinions of nations, government, and culture.

Established and rising scholars working in a variety of disciplines and locales discuss how gender played a role in various countries' exhibits and how these nations capitalized on opportunities to revise national and international understandings of womanhood. Spanning several centuries and extending across the globe from Portugal to London and from Chicago to Paris, the essays cover topics including women's work at the fairs; the suffrage movement; the intersection of faith, gender, and patriotism; and the ability of fair organizers to manipulate fairgoers' experience of the fairgrounds as gendered space. The volume includes a foreword by preeminent world's fair historian Robert W. Rydell.

TJ Boisseau is an associate professor of gender and cultural history at the University of Akron and the author of White Queen: May French-Sheldon and the Imperial Origins of American Feminist Identity. Abigail M. Markwyn is an assistant professor of history at Carroll University in Waukesha, Wisconsin.

"This impressive scholarly collection of essays encompasses much more than gender and the popular perception of World's Fairs. An essential addition."--Canadian Journal of History/Annales canadiennes d'histoire

"Gendering the Fair makes a signal contribution to our understanding of world's fairs, gender, and modernization. The essays force a rethinking not only of world's fairs but also of the often-contested and always interesting relationships among gender, nationality, and the formation of feminine and masculine identity.”--Candy Gunther Brown, author of The Word in the World: Evangelical Writing, Publishing, and Reading in America