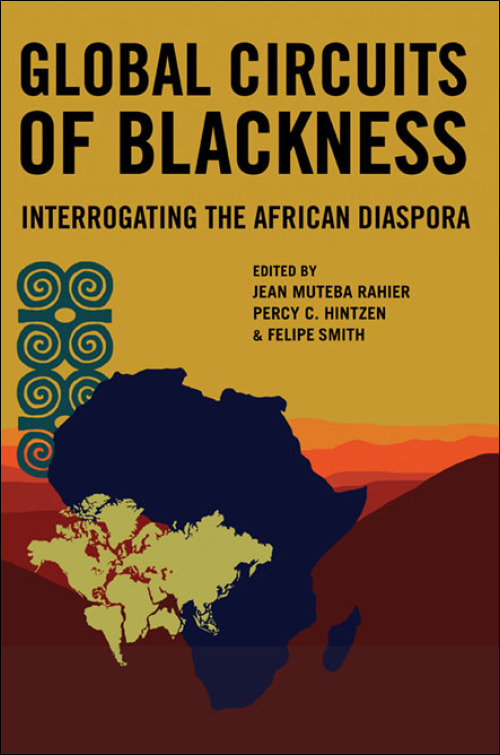 Global Circuits of Blackness is a sophisticated analysis of the interlocking diasporic connections between Africa, Europe, the Caribbean, and the Americas. A diverse and gifted group of scholars delve into the contradictions of diasporic identity by examining at close range the encounters of different forms of blackness converging on the global scene.

Contributors examine the many ways blacks have been misrecognized in a variety of contexts. They also explore how, as a direct result of transnational networking and processes of friction, blacks have deployed diasporic consciousness to interpellate forms of white supremacy that have naturalized black inferiority, inhumanity, and abjection. Various essays document the antagonism between African Americans and Africans regarding heritage tourism in West Africa, discuss the interaction between different forms of blackness in Toronto's Caribana Festival, probe the impact of the Civil Rights movement in America on diasporic communities elsewhere, and assess the anxiety about HIV and AIDS within black communities. The volume demonstrates that diaspora is a floating revelation of black consciousness that brings together, in a single space, dimensions of difference in forms and content of representations, practices, and meanings of blackness. Diaspora imposes considerable flexibility in what would otherwise be place-bound fixities.

Jean Muteba Rahier is an associate professor of anthropology and the director of the African and African Diaspora Studies Program at Florida International University. He is the coeditor of Problematizing Blackness: Self Ethnographies by Black Immigrants to the United States. Percy C. Hintzen is a professor of African American Studies and the chair of the Center for African Studies at the University of California, Berkeley. He is the author of West Indians in the West: Self Representations in a Migrant Community. Felipe Smith is an associate professor of English at Tulane University and the author of American Body Politics: Race, Gender, and Black Literary Renaissance.

"Global Circuits of Blackness pushes the envelope on the theorizing of race in an interconnected global network. The editors have assembled a fresh intervention on the politics of globalization by synthesizing eras of black cultural theory with the pressures of contemporary global displacements."--May Joseph, author of Nomadic Identities: The Performance of Citizenship