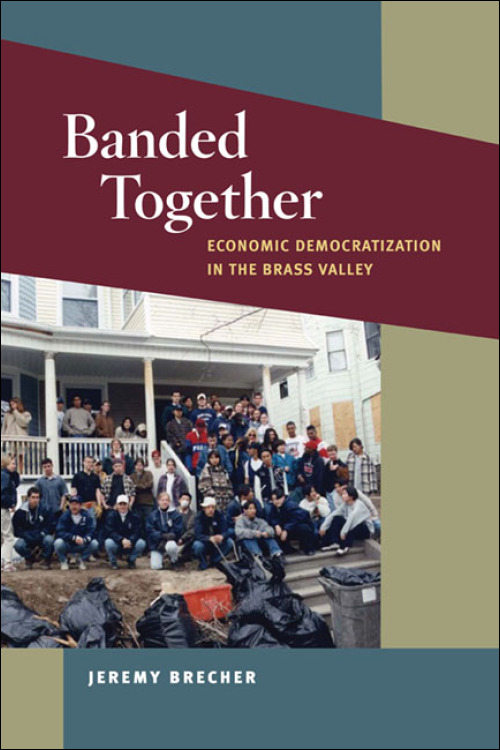 Providing incisive commentary on the historical and contemporary American working class experience, Banded Together: Economic Democratization in the Brass Valley documents a community's efforts to rebuild and revitalize itself in the aftermath of deindustrialization. Through powerful oral histories and other primary sources, Jeremy Brecher tells the story of a group of average Americans--factory workers, housewives, parishioners, and organizers--who tried to create a democratic alternative to the economic powerlessness caused by the closing of factories in the Connecticut Naugatuck Valley region during the 1970s and 1980s. This volume focuses on grassroots organization, democratically controlled enterprises, and supportive public policies, providing examples from the Naugatuck Valley Project community alliance that remain relevant to the economic problems of today and tomorrow. Drawing on more than a hundred interviews with Project leaders, staff, and other knowledgeable members of the local community, Brecher illustrates how the Naugatuck Valley Project served as a vehicle for community members to establish greater control over their economic lives.

Jeremy Brecher is an award-winning documentary filmmaker, historian, activist, and writer. His other books include Strike! and Globalization from Below: The Power of Solidarity. He lives in western Connecticut.

"Brecher records the false starts, successes, and failures of several efforts to develop economic democratization from below and he does it well. Recommended."--Choice

"An invaluable reflection on one community's imaginative efforts to overcome the bleak economic realities facing industrial regions everywhere and the solidarity that resulted."--Labour/Le Travail

"An important book for everyone interested in how factory workers who have been negatively impacted by plant closing and job loss, and their organizations, churches, and community groups can organize and create alternative economic models to fight this dislocation."--Industrial and Labor Relations Review

"An invaluable resource for formulating strategies to rebuild economic democracy one community at a time."--Labor Studies Journal

"Accessible, clear, and engaged, Banded Together will make an impressive addition to the ways historians understand deindustrialization. Brecher's narrative is certain to be seen as a model by a new generation of labor historians, scholars, and scholar-activists."--Peter Rachleff, author of Hard Pressed in the Heartland: The Hormel Strike and the Future of the Labor Movement