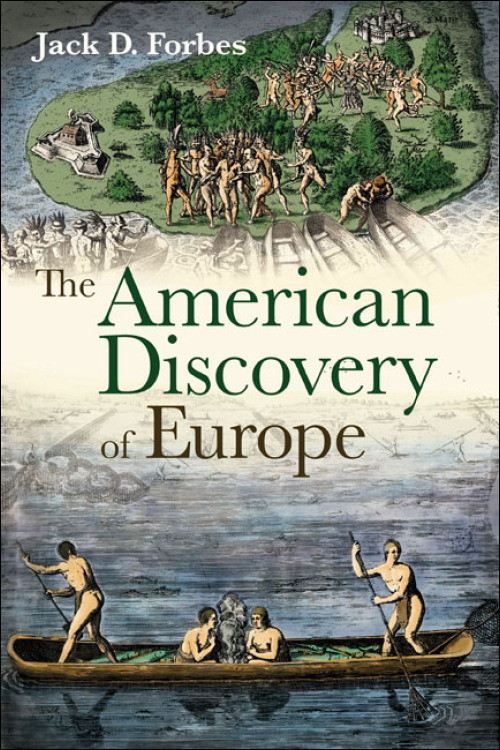 The American Discovery of Europe investigates the voyages of America's Native peoples to the European continent before Columbus's 1492 arrival in the "New World." The product of over twenty years of exhaustive research in libraries throughout Europe and the United States, the book paints a clear picture of the diverse and complex societies that constituted the Americas before 1492 and reveals the surprising Native American involvements in maritime trade and exploration. Starting with an encounter by Columbus himself with mysterious people who had apparently been carried across the Atlantic on favorable currents, Jack D. Forbes proceeds to explore the seagoing expertise of early Americans, theories of ancient migrations, the evidence for human origins in the Americas, and other early visitors coming from Europe to America, including the Norse. The provocative, extensively documented, and heartfelt conclusions of The American Discovery of Europe present an open challenge to received historical wisdom.

Jack D. Forbes was a professor emeritus of Native American studies and anthropology at the University of California, Davis. His many other books included Africans and Native Americans: The Language of Race and the Evolution of Red-Black Peoples.

"A fascinating book that makes an important . . . contribution to the subject of pre-Columbian contacts between America and Europe. Highly recommended."--Choice

"Provocative. . . . Turning the concept of 'discoverers' on its head, Forbes dispels a lot of common assumptions about who 'discovered' whom in the Americas, in an extensive and fascinating exploration of early maritime histories of the Native Americans."--Bloomsbury Review

"Interesting and thought provoking. . . . [It] raises many significant questions."--American Anthropologist

“[Forbes’] extensive use of manuscript or published sources, interviews, and correspondence with specialists in a wide variety of fields is impressive.”--Terrae Incognitae

"Readers will find much to ponder in this volume, and the extensive bibliography is a valuable guide to further study."--Journal of Interdisciplinary History

"Forbes makes an unusual and fascinating contribution to the story of the New and Old Worlds and the links between them, questioning in a welcome way the truth and ideological sway of orthodox history. He leads his reader along paths rarely, if ever, trodden, ultimately in search of a fairer account of native America and its role in the world. This is a quest Forbes's own ancestry and--not least--keen sense of language well equip him to undertake. He eminently succeeds."--Gordon Brotherston, author of Image of the New World: The American Continent Portrayed in Native Texts

"A decisive, independent, and long overdue contribution that pulls the plug from the inflated icon the Christian West has made of the slaver Christopher Columbus in his mistaken attempt to reach India."--Hartmut Lutz, professor of American studies, Greifswald University, Germany