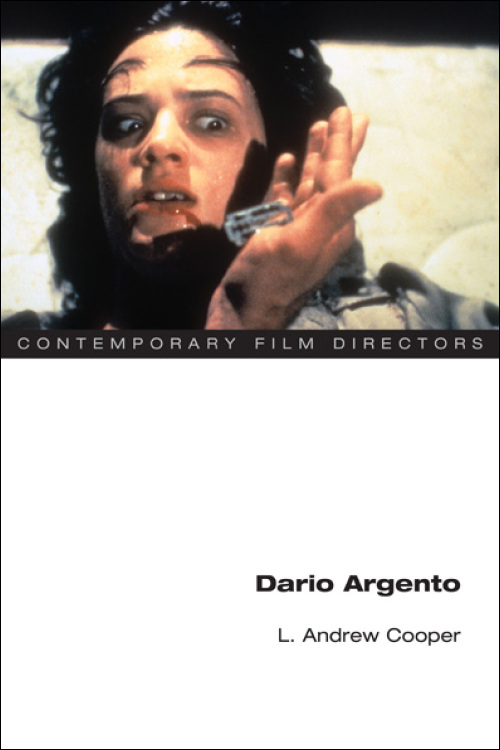 Commanding a cult following among horror fans, Italian film director Dario Argento is best known for his work in two closely related genres, the crime thriller and supernatural horror, as well as his influence on modern horror and slasher movies. In his four decades of filmmaking, Argento has displayed a commitment to innovation, from his directorial debut with 1970's suspense thriller The Bird with the Crystal Plumage to 2009's Giallo. His films, like the lurid yellow-covered murder-mystery novels they are inspired by, follow the suspense tradition of hard-boiled American detective fiction while incorporating baroque scenes of violence and excess.

While considerations of Argento's films often describe them as irrational nightmares, L. Andrew Cooper uses controversies and theories about the films' reflections on sadism, gender, sexuality, psychoanalysis, aestheticism, and genre to declare the anti-rational logic of Argento's oeuvre. Approaching the films as rhetorical statements made through extremes of sound and vision, Cooper places Argento in a tradition of aestheticized horror that includes De Sade, De Quincey, Poe, and Hitchcock. Analyzing individual images and sequences as well as larger narrative structures, he reveals how the director's stylistic excesses, often condemned for glorifying misogyny and other forms of violence, offer productive resistance to the cinema's visual, narrative, and political norms.

L. Andrew Cooper is a novelist and film critic. He is the author of the novel Descending Lines, the short story collection Peritoneum, and nonfiction book Gothic Realities.

"Contained in these pages are innumerable facts that illuminate the production, content, and backstory of these films and their maker. A thoroughly well researched book."--Film Matters

"Cooper's text is deep and probing, throwing light onto the darkness and the bloodletting of Argento's world."--PopMatters.com

"A novel and interesting approach to Argento's oeuvre. Cooper's interrogation of authorial style and theoretical readings of the films are thorough, insightful, and astute."--Brigid Cherry, coeditor of Twenty-first-century Gothic