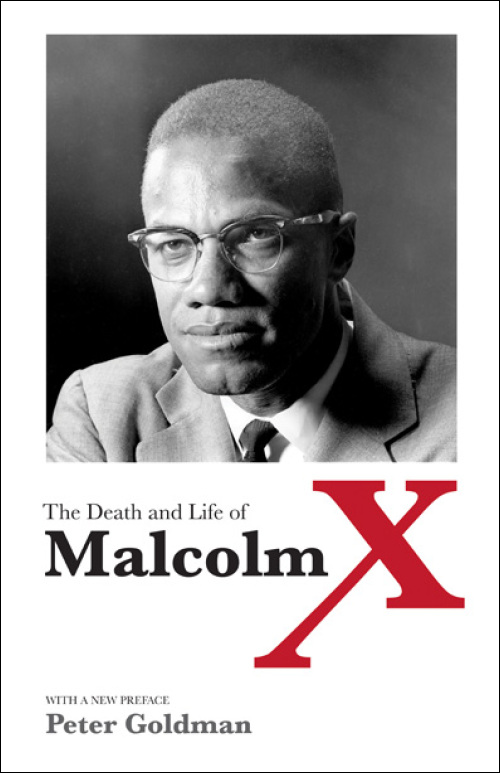 The Death and Life of Malcolm X

The Death and Life of Malcolm X provides a dramatic portrait of one of the most important black leaders of the twentieth century. Focusing on Malcolm X's rise to prominence and the final year of his life, the book details his rift with the Nation of Islam and its leader, Elijah Muhammad, leading to death threats and eventually assassination at the hands of a death squad. In a new preface for this edition, Peter Goldman reflects on the forty years since the book's first publication and considers new information based on FBI surveillance that has since come to light.

Peter Goldman is an author and journalist living in New York City. A former national-affairs writer and senior editor at Newsweek, he is the author of eleven books including, most recently, his first novel, The Last Minstrel Show: A Detective Story.

"Goldman, shiningly eloquent, accurately gauges the impact of Malcolm's life on a whole generation of black people. . . . Malcolm would have, I think, approved of Goldman's biography and that would have been no faint praise."--New York Times Book Review

"Nowhere else in print has such a detailed, objective account of Malcolm X's last tragic years appeared. . . . Demonstrates how Malcolm X's influence in the black community became really significant upon his death."--Library Journal

"At long last, the late Malcolm X has received an appropriate tribute: a biography that approaches his life with the same unsparing honesty and clarity of thought that he brought to himself and to the subject of race in American life. . . . The Death and Life of Malcolm X is a real tour-de-force that is likely to remain the definitive biography of Malcolm for some time."--Charles Silberman, author of Crisis in Black and White

"Although originally written more than three decades ago, Newsweek editor/journalist Peter Goldman's The Death and Life of Malcolm X . . . still remains an excellent introduction to the man and his times."--Manning Marable, Souls: A Critical Journal of Black Politics, Culture and Society