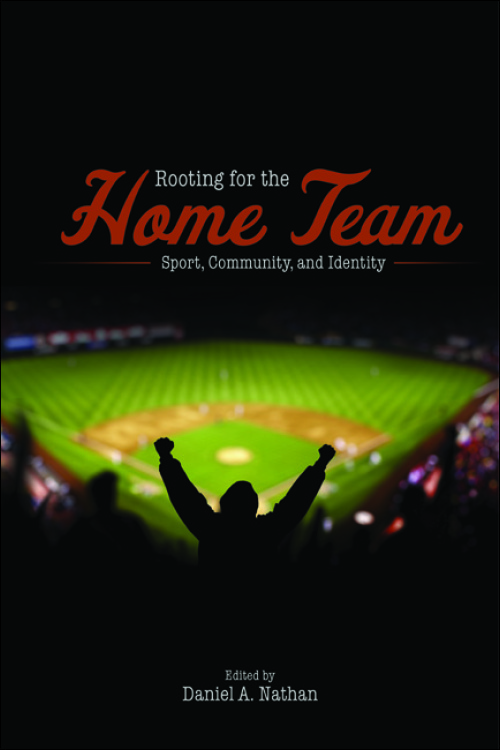 Rooting for the Home Team examines how various American communities create and maintain a sense of collective identity through sports. Looking at large cities such as Chicago, Baltimore, and Los Angeles as well as small rural towns, suburbs, and college towns, the contributors consider the idea that rooting for local athletes and home teams often symbolizes a community's preferred understanding of itself, and that doing so is an expression of connectedness, public pride and pleasure, and personal identity.

Some of the wide-ranging essays point out that financial interests also play a significant role in encouraging fan bases, and modern media have made every seasonal sport into yearlong obsessions. Celebrities show up for big games, politicians throw out first pitches, and taxpayers pay plenty for new stadiums and arenas. The essays in Rooting for the Home Team cover a range of professional and amateur athletics, including teams in basketball, football, baseball, and even the phenomenon of no-glove softball.

Daniel A. Nathan is an associate professor and chair of American studies at Skidmore College and the author of the award-winning Saying It's So: A Cultural History of the Black Sox Scandal.

"These accessible, illustrative essays—written by scholars of sport studies, American studies, and history—are stories about teams and times, voice and victories, pride and privilege. In sum, the book emphasizes the functional aspects of sports—the fact that through sports people feel connected to one another. Recommended."--Choice

"The book offers unexpected insight into how sports communities are used to shore up a mythologized American past."--Journal of Sport History

"Nathan chose his contributors well, and the essays are uniformly engaging and interesting. . . . Rooting for the Home Team will add rhetorical evidence to the widely held narrative that community and identify can be built and maintained by sports teams."--Register of the Kentucky Historical Society"This collection points to some of the ways to rewrite sport's meanings and shows how and why doing so matters, academically, emotionally, and as part of the politics of the everyday beyond the commodified, commercialized and financial worlds of late capitalist sport-as-culture-industry."--Sport in History

"This fine anthology shows the confluence of sport, identity, and community in a variety of settings. Outstanding essays by skilled writers."--Ronald A. Smith, author of Pay for Play: A History of Big-Time College Athletic Reform