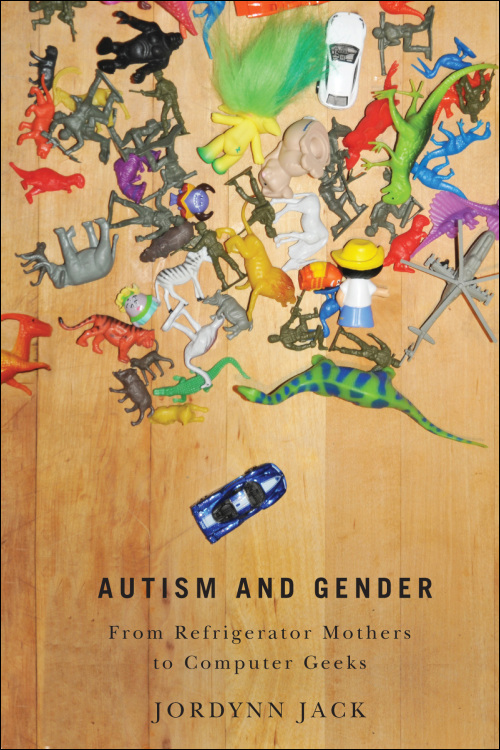 The reasons behind the increase in autism diagnoses have become hotly contested in the media as well as within the medical, scholarly, and autistic communities. In Autism and Gender: From Refrigerator Mothers to Computer Geeks, Jordynn Jack focuses on the ways gender influences popular discussion and understanding of autism's causes and effects. She identifies gendered theories like the “refrigerator mother” theory, for example, which blames emotionally distant mothers for autism, and the “extreme male brain” theory, which links autism to the modes of systematic thinking found in male computer geeks.

The first book to look at how gender informs popular discussion about autism, Autism and Gender also offers new insights into the ways rhetorical inquiry can and does contribute to conversations about gender and disability.

Jordynn Jack is an associate professor of English at the University of North Carolina-Chapel Hill. She is the author of Science on the Home Front: The Rhetoric of Women Scientists during World War II.

"A book replete with important ideas that could easily be translated into verifiable hypotheses to be tested using representative samples and traditional methodology. Recommended."--Choice

"Jack, a rhetorician, has written the first book-length examination of the role of gender in autism. . . . A targeted and historically rich analysis of how different characters inform and shape autism discourse, offering a fruitful contribution to understandings of gender and autism spectrum disorders."--somatosphere.net

"Autism and Gender is timely, thoroughly researched, and aggravating in all the right ways. . . . From beginning to end, Jack's rhetorical history of autism admirably balances dominant biomedical perspectives with marginalized voices and beliefs."--Rhetoric & Public Affairs

"Autism and Gender is the book I was waiting for someone to write, and Jordynn Jack's insightful treatment of this timely, complex topic is a joy to read. Among its many strengths are its beautiful, well organized, easy-to-read prose, its breadth of coverage of the topic, and its careful, judicious tone."--Anna Kirkland, author of Fat Rights: Dilemmas of Difference and Personhood