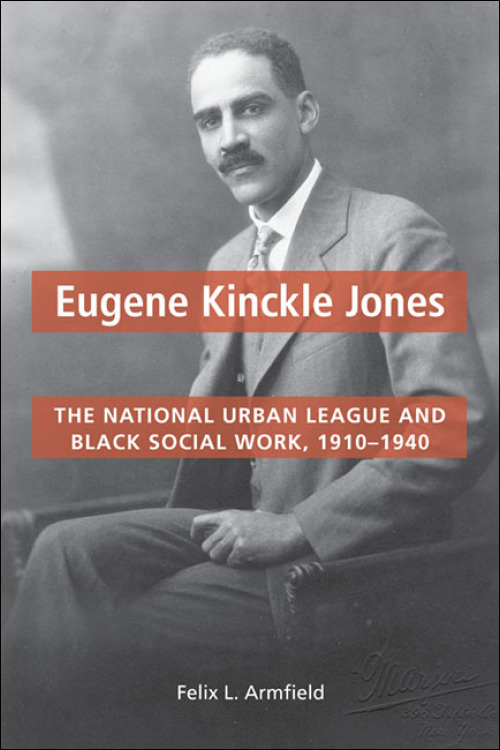 "Armfield weaves a narrative that teases out two major strands: the first treats the life and times of Eugene Kinckle Jones, an African American progressive reformer and social worker (among many things); the second, the history of American social work and Jones's quest for the inclusion of African Americans in that profession."--Indiana Magazine of History

"A useful book that gives necessary attention to an undervalued figure. A worthwhile study of Jones and a valuable contribution to the history of the social work movement."--Social Service Review

"Armfield weaves a detailed account of Jones's life with new insights about the history of the National Urban League (NUL) and the professionalization of black social work from the 1890s through the 1950s. Armfield contributes to an expanding literature on the history of social work and African American social reform organizations."--The Journal of African American History

"This important book rescues Eugene Kinckle Jones from relative historical obscurity and anchors his rightful place as a major black leader during the first half of the twentieth century."--Robert L. Harris Jr., coeditor of The Columbia Guide to African American History Since 1939

"Effectively captured E. Kinckle Jones’s impact on the practice of professional social work. Jones and the work of the National Urban League helped to place African American social work squarely within the parameters of the emerging profession. Jones through the National Urban League modelled professional social work via direct practice and policy practice. The direct practice is clearly illustrated through the numerous social work programs designed to respond to unmet needs of African Americans moving to cities. Jones’ policy practice influence is evident through his local and regional membership on many settlement house boards as well as his national influence as a member of FDR’s Black Cabinet. Armfield’s examination of Jones’ career provides a clear historical framework for social work intervention with African Americans moving to and living in cities. It’s an invaluable contribution to historical and contemporary social work involvement in policy, program development, and direct practice."--Iris B. Carlton-LaNey, author of African Americans Aging in the Rural South