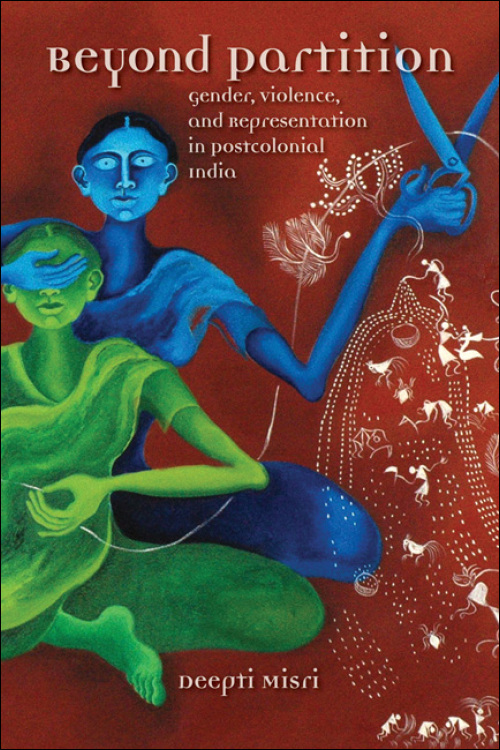 Deepti Misri shows how Partition began a history of politicized animosity associated with the differing ideas of "India" held by communities and in regions on one hand, and by the political-military Indian state on the other. She moves beyond that formative national event, however, in order to examine other forms of gendered violence in the postcolonial life of the nation, including custodial rape, public stripping, deturbanning, and enforced disappearances. Assembling literary, historiographic, performative, and visual representations of gendered violence against women and men, Misri establishes that cultural expressions do not just follow violence but determine its very contours, and interrogates the gendered scripts underwriting the violence originating in the contested visions of what "India" means.

Deepti Misri is an assistant professor of women and gender studies at University of Colorado Boulder.

"This brilliant and exciting book illuminates how representational practices of violence are co-constitutive of power and resistance."--Pacific Affairs

"A new and valuable addition to the rich store of work on Partition. Deepti Misri's book breaks new ground in drawing on a varied and multi-layered archive which brings in the literary, the historical, the visual and the performative, to attempt an understanding of culture and violence in the context of the history of Partition and nation-making, teasing out a nuanced, and feminist, history of the 'then' and the 'now.'"--Urvashi Butalia, author of The Other Side of Silence: Voices from the Partition of India

"An original and engaging piece of scholarship. It ranges widely and easily across materials in many genres and disciplines; it demonstrates a very fine eye for the telling textual detail; in a field vulnerable to sentimentality, it is clear-eyed and willing to pose uncomfortable questions; and it is written with verve and force."--Parama Roy, University of California, Davis

"Engaging and evocative. I thought I was familiar with almost all of the topics addressed in the book, but after reading it I have emerged with a more nuanced understanding."--Sujata Moorti, author of Color of Rape: Gender and Race in Television's Public Spheres