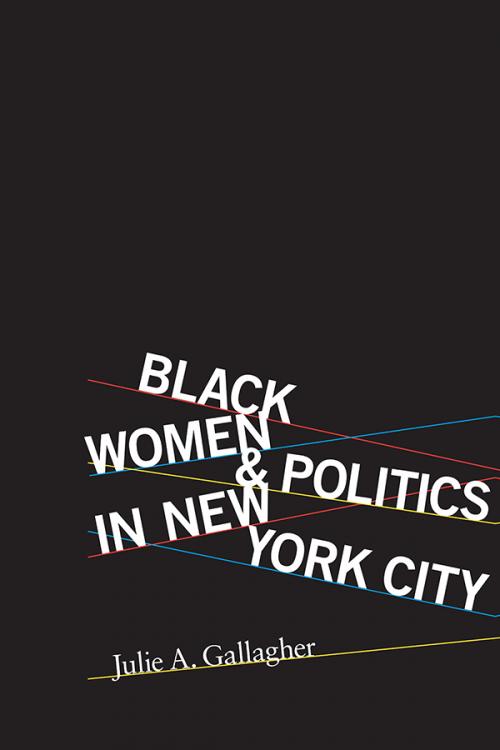 An essential contribution to twentieth-century political history, Black Women and Politics in New York City documents African American women in New York City fighting for justice, civil rights, and equality in the turbulent world of formal politics from the suffrage and women's rights movements to the feminist era of the 1970s.

Historian and human rights activist Julie A. Gallagher deftly examines how race, gender, and the structure of the state itself shape outcomes, and exposes the layers of power and discrimination at work in American society. She combines her analysis with a look at the career of Shirley Chisholm, the first black woman elected to Congress and the first to run for president on a national party ticket. In so doing, she rewrites twentieth-century women's history and the dominant narrative arcs of feminist history that hitherto ignored African American women and their accomplishments.

Julie A. Gallagher is an associate professor of history at Pennsylvania State University, Brandywine.

"Gallagher has written an insightful, in-depth narrative and analysis of the interconnectedness of race and gender discrimination in US society. An important contribution to both black women's history and New York State's political history. Highly recommended."--Choice

"A valuable reference work for scholars and general readers interested in the lives and careers of twentieth-century black female social and political activists, most of whom are largely unknown today."--American Historical Review

"With its chronological range and compelling cast of characters Gallagher's book makes a significant contribution. It is a story of halting, incremental change--but of real change all the same. Party politics, American liberalism, and the women's movement all look different when considered from the perspective of these activists."--Journal of American History

"An important addition to the literature on the American women's movement, the northern civil rights movement, and the political history of New York and the nation."--New York History

"An important contribution to the scholarship by illuminating the powerful ways African American women challenged the racialized and gender-based discrimination that characterized New York City politics throughout the 20th century and beyond."--The Journal of African American History

"Through a strong narrative of African American women's political activism in New York City, Julie A. Gallagher fills a major gap in the historical literature. In particular, Gallagher's focus on party politics gives us a fresh perspective. A major contribution in the fields of African American, women's, and political history."--Victoria W. Wolcott, author of Remaking Respectability: African-American Women in Interwar Detroit

"A tour de force that tells a fascinating story of the struggles and the accomplishments of the black women who pushed their way into politics from before suffrage through election to Congress."--Jo Freeman, author of We Will Be Heard: Women's Struggles for Political Power in the United States