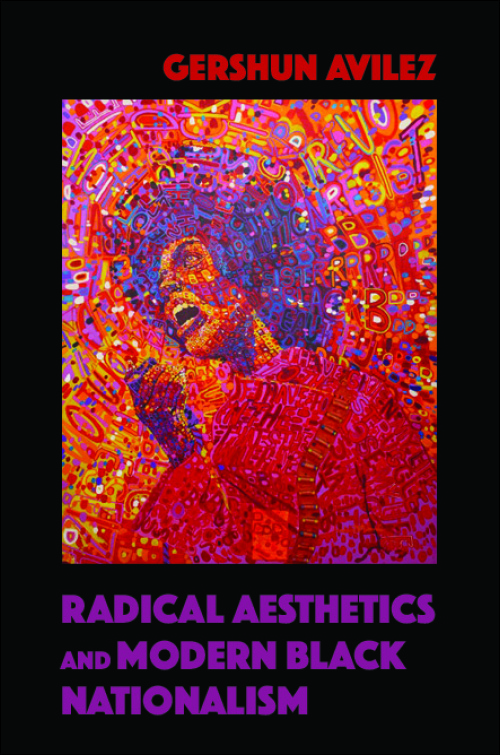 Radical Aesthetics and Modern Black Nationalism explores the long-overlooked links between black nationalist activism and the renaissance of artistic experimentation emerging from recent African American literature, visual art, and film. GerShun Avilez charts a new genealogy of contemporary African American artistic production that illuminates how questions of gender and sexuality guided artistic experimentation in the Black Arts Movement from the mid-1960s to the mid-1970s. As Avilez shows, the artistic production of the Black Arts era provides a set of critical methodologies and paradigms rooted in the disidentification with black nationalist discourses. Avilez's close readings study how this emerging subjectivity, termed aesthetic radicalism, critiqued nationalist rhetoric in the past. It also continues to offer novel means for expressing black intimacy and embodiment via experimental works of art and innovative artistic methods.

GerShun Avilez is an assistant professor of English at University of North Carolina, Chapel Hill.

"This text masterfully does several things at once as it urges for a careful reconsideration of the theories that undergird the Black Arts Movement while instructively showing that these theories exceed themselves and the time period in which they were created when they are revised by artists today. . . . Radical Aesthetics is more than timely, it is essential, required reading."--NewBlackMan (In Exile)

"This book participates in a flourishing of renewed scholarly interest in the Black Arts Movement. Avilez enters this cluster of work with a distinctive agenda influenced by this recent scholarship while advancing it in an innovative direction. Bringing much-needed attention to visual and narrative arts, Avilez reminds us how, even despite the rhetorical emphasis on musicality as the urtext of black performance, painting, film, and the novel were just as crucial sites of radical experimentation."--Marlon Ross, author of Manning the Race: Reforming Black Men in the Jim Crow Era

"Significantly advances the current scholarly reconsideration of the Black Power era's ongoing impact on African American culture. GerShun Avilez does the important work of bringing Queer of Color Critique to bear on an array of literary, visual, and performance-based art created during the Black Arts Movement and through subsequent decades. This critical lens enables him to demonstrate that a wide range of late-twentieth- and early twenty-first-century African American artists--whether sympathetic to or critical of Black Nationalist thought--have engaged it with nuance in their work, producing not only incisive cultural analysis, but also powerful aesthetic experimentation. Radical Aesthetics is a timely and necessary volume."--Evie Shockley, author of Renegade Poetics: Black Aesthetics and Formal Innovation in African American Poetry

"In this beautifully written and finely argued work, GerShun Avilez lucidly demonstrates the many ways in which twentieth century black nationalists paired radical forms of aesthetic experimentation with trenchant political and social critique. The book will thrill anyone interested in the practice and politics of modern American culture."--Robert F. Reid-Pharr, author of Once You Go Black: Choice, Desire, and the Black American Intellectual