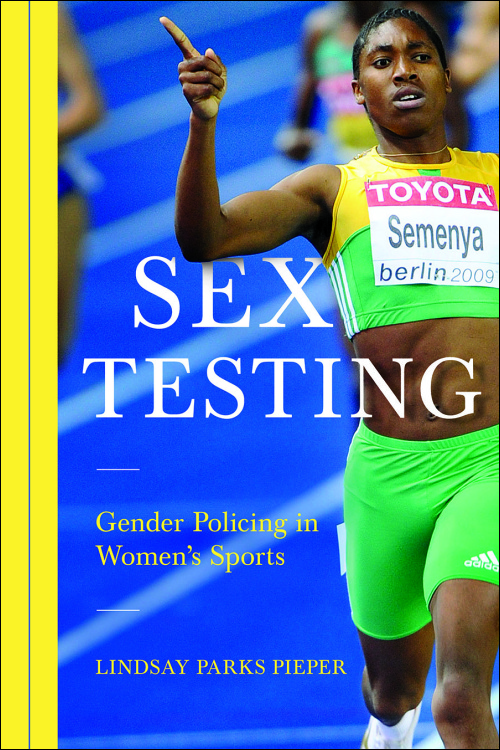 In 1968, the International Olympic Committee (IOC) implemented sex testing for female athletes at that year's Games. When it became clear that testing regimes failed to delineate a sex divide, the IOC began to test for gender--a shift that allowed the organization to control the very idea of womanhood.

Ranging from Cold War tensions to gender anxiety to controversies around doping, Lindsay Parks Pieper explores sex testing in sport from the 1930s to the early 2000s. Pieper examines how the IOC in particular insisted on a misguided binary notion of gender that privileged Western norms. Testing evolved into a tool to identify--and eliminate--athletes the IOC deemed too strong, too fast, or too successful. Pieper shows how this system punished gifted women while hindering the development of women's athletics for decades. She also reveals how the flawed notions behind testing--ideas often sexist, racist, or ridiculous--degraded the very idea of female athleticism.

Lindsay Parks Pieper is an assistant professor of sport management at Lynchburg College.

"Sex Testing is the first comprehensive account of the various sex and gender tests that sports authorities have devised from the 1930s on for female athletes. It offers great documentation of significant developments, well-written throughout, accompanied by incisive, penetrating insights as to what is going on below the surface in the world of women's sports. It is a stellar, informative read that public libraries should acquire. It is certainly, above all, a scholarly resource that colleges and universities should purchase."--ARETE, publication of the Sport Literature Association.

"Pieper does an exceptional job of detailing the history and methods of sex/gender testing and of connecting the phenomenon to larger sociological issues about appropriate physical activity for women. . . . Essential."--Choice

"Chock full of terrific research from primary sources. . . . Pieper's message comes through loud and clear: sex testing is a political act. It is about enforcing gender norms, not ensuring fair play."--Women's Review of Books

"Pieper takes on the complex and infinitely important topic of sex testing in women's sport with fresh insight and a measured hand. In the process, she deftly unpacks how attempts to 'control' sex are continually fraught with elements of sexism, gender anxieties, and geopolitical tensions. This is an enlightening and necessarily disturbing analysis."--Jaime Schultz, author of Qualifying Times: Points of Change in U.S. Women's Sport

"For the first time, someone is pulling together the complete history of sex testing in sport. A very important book that makes a significant and unique contribution."--Alison M. Wrynn, former editor, Journal of Sports History

"A timely and important book, the first in-depth history of its kind. Rich in detail and thorough in research, it is a must read for understanding the multiple layers of politics and ideology that inform gender policing in sport."--Kathryn Henne, author of Testing for Athlete Citizenship: Regulating Doping and Sex in Sport