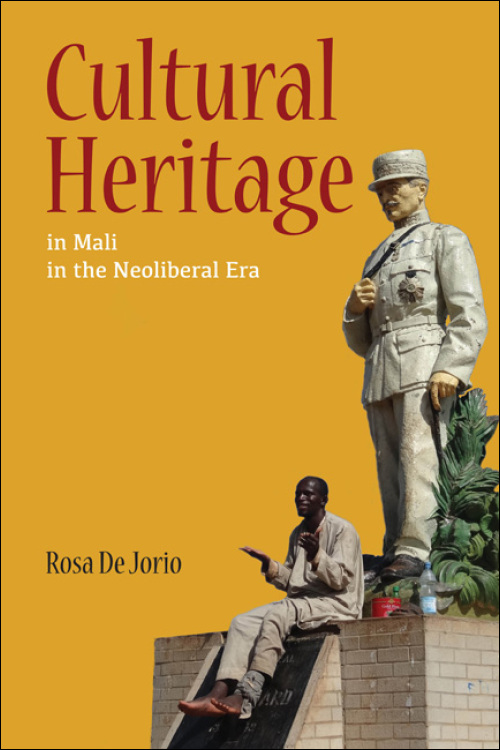 Up to 2012, Mali was a poster child for African democracy, despite multiple signs of growing dissatisfaction with the democratic experiment. Then disaster struck, bringing many of the nation's unresolved contradictions to international attention. A military coup carved off the country's south. A revolt by a coalition of Tuareg and extremist Islamist forces shook the north. The events, so violent and unexpected, forced experts to reassess Mali's democratic institutions and the neoliberal economic reforms enacted in conjunction with the move toward democracy.

Rosa De Jorio's detailed study of cultural heritage and its transformations provides a key to understanding the impasse that confronts Malian democracy. As she shows, postcolonial Mali privileged its cultural heritage to display itself on the regional and international scene. The neoliberal reforms both intensified and altered this trend. Profiling heritage sites ranging from statues of colonial leaders to women's museums to historic Timbuktu, De Jorio portrays how various actors have deployed and contested notions of heritage. These actors include not just Malian administrators and politicians but UNESCO, and non-state NGOs. She also delves into the intricacies of heritage politics from the perspective of Malian actors and groups, as producers and receivers--but always highly informed and critically engaged--of international, national and local cultural initiatives.

Based on sixteen years of extensive urban fieldwork, Cultural Heritage in Mali in the Neoliberal Era is an eye-opening portrait of a nation in the headlines and in transition.

Rosa De Jorio is an associate professor of anthropology at the University of North Florida.

"In the tradition of Michel Foucault's work, Rosa de Jorio's book represents a fascinating analysis of the politics of cultural heritage in Mali in the context of the privatization of cultural initiatives and the rise of fundamentalist Islam."--Jean-Loup Amselle, author of Branchements: Anthropologie de l'universalité des cultures

"A marvelous text. De Jorio not only discusses the cultural ramifications of 'heritage' in Mali, but considers it in the wake of Islamist and Tuareg rebellions in the north. She demonstrates powerfully how cultural heritage implicates questions of religious practice as they relate to the exercise of power."--Paul Stoller, author of Yaya's Story: The Quest for Well-Being in the World

"De Jorio elegantly shows how notions of 'heritage' have been deployed and contested by Malian politicians, by foreign NGOs and especially UNESCO, and of course by different segments of the Malian population who are always the targets and sometimes the victims of 'heritage' politics."--Robert Launay, author of Traders without Trade: Responses to Change in Two Dyula Communities