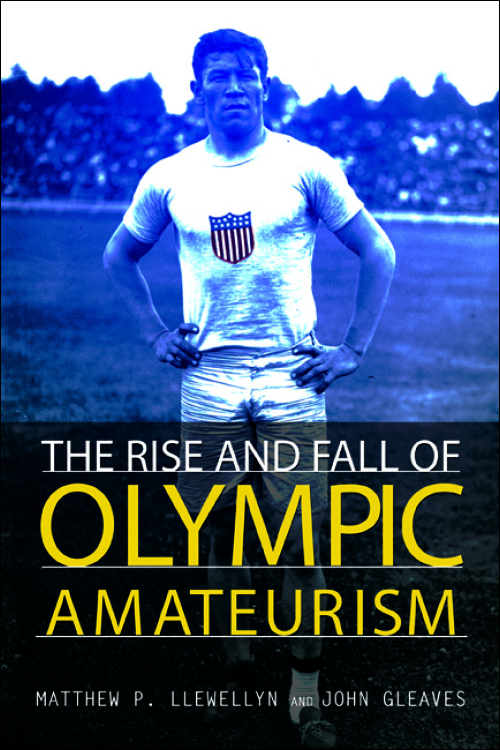 Matthew P. Llewellyn and John Gleaves analyze how this astonishing transformation took place. Drawing on Olympic archives and a wealth of research across media, the authors examine how an elite--white, wealthy, often Anglo-Saxon--controlled and shaped an enormously powerful myth of amateurism. The myth assumed an air of naturalness that made it seem unassailable and, not incidentally, served those in power. Llewellyn and Gleaves trace professionalism's inroads into the Olympics from tragic figures like Jim Thorpe through the shamateur era of under-the-table cash and state-supported athletes. As they show, the increasing acceptability of professionals went hand-in-hand with the Games becoming a for-profit international spectacle. Yet the myth of amateurism's purity remained a potent force, influencing how people around the globe imagined and understood sport.

Timely and vivid with details, The Rise and Fall of Olympic Amateurism is the first book-length examination of the movement's foundational ideal.

"The authors do a marvelous job highlighting the rise of amateurism from its stoic British roots, through Baron Pierre de Coubertin and other IOC Presidents to its de facto champion in Avery Brundage. The real benefit of the book, however, is that they also manage to show just how complicated and convoluted this journey was and indeed continues to be. Highly recommended."--Sport in American History

"Llewellyn and Gleaves have penned an excellent scholarly book in The Rise and Fall of Olympic Amateurism that should grace the libraries of Olympic and sport historians, and accompany any course on the history of the modern Olympic games."--Aethlon

"Llewellyn and Gleaves, both sports historians based at California State University, Fullerton, have added something original to the growing academic historiography of the Olympic Games. Through a detailed narrative, the authors show how Olympic amateurism was never, despite its external appearance, homogeneous. At a time when the Olympics are facing crises, both in their never-ending battle with institutional doping, and in the sharp decline in the number of cities that want to host the Games, books such as this give us a perspective on how Olympic history, not just its present, is deeply problematic." --Journal of Contemporary History

"Llewellyn and Gleaves have admirably filled an existing void in Olympic historiography, namely a full-blown, archival research-supported, historical assessment of the somewhat tortured history of the amateur ideal within the Olympic world. You'll enjoy reading it just as much as I sense they did in researching and writing this history."--Stephen Wenn, coauthor of Tarnished Rings: The International Olympic Committee and the Salt Lake City Bid Scandal