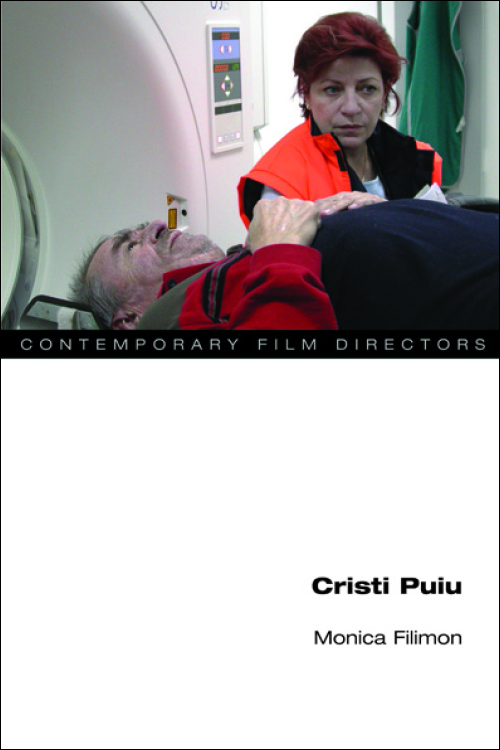 Cristi Puiu’s black comedy The Death of Mr. Lazarescu announced the arrival of the New Romanian Cinema as a force on the film world stage. As critics and festival audiences embraced the new movement, Puiu emerged as its lodestar and critical voice.

Monica Filimon explores the works of an artist dedicated to truth not as an abstract concept, but as the ephemeral revelation of the fuller, ungraspable world beyond the screen. Puiu's innovative use of the handheld camera as an observer and his reliance on austere, restricted narration highlight the very limits of human understanding, guiding the viewer's intellectual and emotional sensibilities to the reality that has been left unfilmed. Filimon examines the director's ethics of epiphany not only in relation to the collective and personal histories that have triggered it, but also in dialogue with the films, texts, and filmmakers that have shaped it.

Informed and enlightening, Cristi Puiu is the first book-length study of an important twenty-first century filmmaker.

Monica Filimon is an assistant professor of English at Kingsborough Community College, CUNY.

"Monica Filimon's concise and helpful study of the director's oeuvre, background, and aesthetics is such a welcome publication. . . . Apart from her highly readable and well-argued accounts of Puiu's films . . . Filimon offers a convincing account of the director's evolution."--Cineaste

"Monica Filimon offers an enlightening and engaging portrait of the larger-than-life personality that forms a core part of the New Romanian Cinema." --Studies in European Cinema

"Cristi Puiu is, undoubtedly, the most important filmmaker in contemporary Romanian cinema. His masterpieces have made their mark not only in the national film industry, but also in the European film culture. Monica Filimon's book, the first comprehensive analysis of all of Puiu's works until now, provides a thorough overview of the inner mechanisms of a complex and influential cinema-maker."--Doru Pop, author of Romanian New Wave Cinema: An Introduction